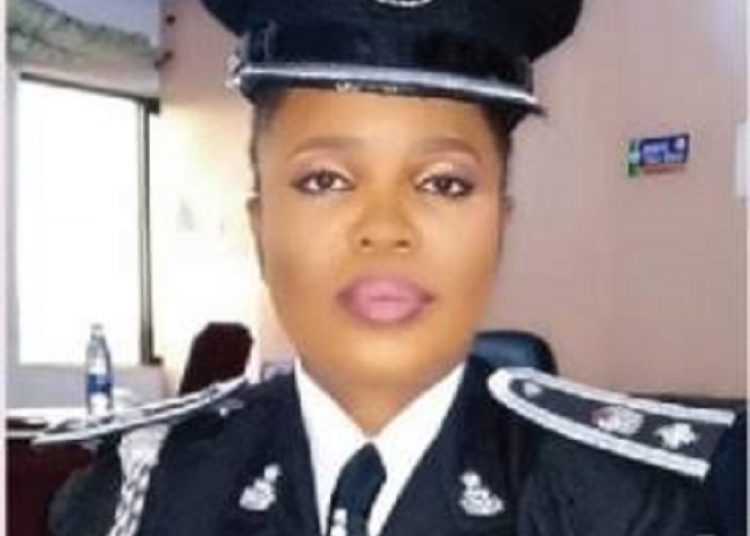 472
SHARES
5.3k
VIEWS
Share on FacebookShare on TwitterShare on WhatsApp

CSP Okuwobi was the Divisional Police Officer in charge of Ejigbo Division in Lagos State before her appointment.
Disclosing the news to journalists, the Chairman, Board of Trustees of NPTF, Suleiman Abba, a retired Inspector General of Police, said that the appointment takes immediate effect.

As the PRO of NPTF, Okuwobi is expected to develop and manage public relations affairs of the Fund, create public awareness about NPTF’s mission, vision, functions and services.

She would also manage media relations and build sustainable relationships with the public on behalf of the Police Trust Fund.

Currently running a Ph.D programme in Diaspora and Transnational Studies at the University of Ibadan, CSP Okuwobi had first and Master’s degrees in English and Peace and Conflict Studies respectively.

She also possesses close to two decades of accumulated relevant exposures gained within and outside Nigeria.

CSP Okuwobi has served with merit in several state police commands, including Delta, Benue, Oyo, and Lagos States.
She has also served as the Public Relations Officer of the Nigeria Police Cooperative and Multipurpose Society Limited, Lagos, distinguishing herself during her tenure with excellent ability and tremendous potentials.

During the time, she successfully reconciled local expertise with outstanding international policing exposure, emerging at the end of her service with an award of commendation from the United Nations.

CSP Okuwobi has an impressive thread of awards from reputable organisations for her exceptional demonstration of competence in police/public relations, community policing, and intelligence and investigative policing.

She would be exploring her professionalism to attract robust development projects, donations, and interventions for the Fund and the Nigeria Police Force as underscored by her legacies in other positions.