The Chief Judge of the state, Justice Mosunmola Dipeolu, disclosed this on Monday while conducting the special jail delivery exercise at the Judiciary Complex in Abeokuta, the state capital.

She explained that the move was part of measures to contain the spread of coronavirus (COVID-19) among inmates in various correctional centres in Ogun.

Justice Dipeolu who monitored the verification exercise added that the development was imperative in order to decongest the facilities.

According to her, the pardoned inmates are expected to be reunited with their families with the message of being good ambassadors of their states and the country in general.

The chief judge also asked them to observe good personal hygiene, social distancing, and the ‘stay at home’ directive of the government to curb the spread of COVID-19.

The inmates were remanded in the correctional facilities for various offences in Abeokuta, Sagamu, Ijebu Ode, and Ilaro towns in the state.

In line with the directive of the state governor, Dapo Abiodun, those who have less than six months of service, above 60 years, have health issues, were considered for amnesty.

One after the other, the inmates in batches were ushered in to receive the good news with the admonition to be good citizens of the country as the joined the outside world.

Some of the freed inmates promised to turn a new leaf as soon as they return to the society. 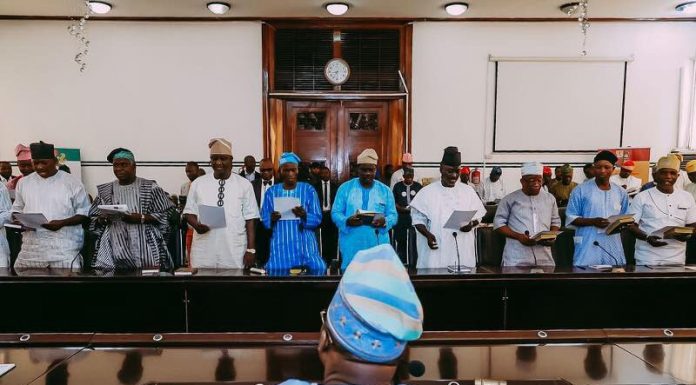 LAUTECH to get N500M lifeline ,as Ajimobi reassures protesting students on planned reopening