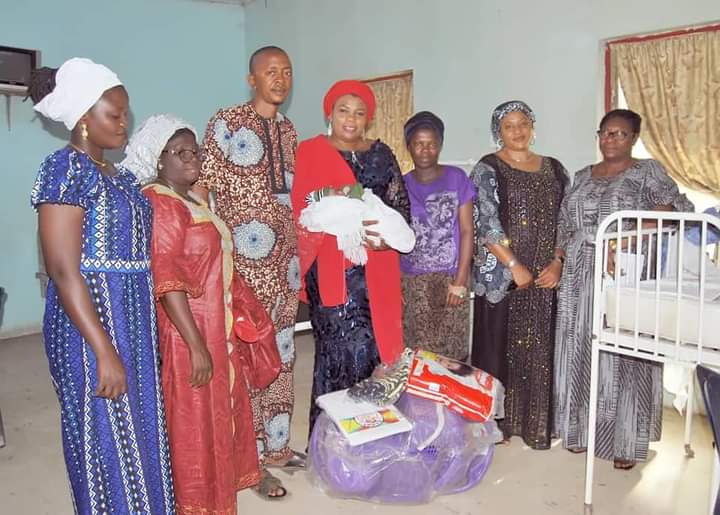 363
SHARES
3.9k
VIEWS
Share on FacebookShare on TwitterShare on WhatsApp

Mrs. Ajagbe presented gifts to babies (girls) delivered at 3:35am and 8:42am to the families of Adekanye Ifeoluwa and Oladoye Ayowolemi at Bowen University Teaching Hospital, Ogbomoso.

Also, a baby boy delivered at 3:38am to the family of Akinloye Opeyemi at Ireti Olu Hospital was also presented with gifts while other babies at the Maternity ward were also given presented with cash.

During her visit to hospitals, Mrs. Ajagbe was notified of a baby abandoned beside UBA, Apake. The baby was immediately taken to maternity centre for proper care and would be taken to the appropriate quarter on Monday.

Speaking with Newsmen, Mrs. Ajagbe said the visit and presentation of gifts to babies delivered on the 1st of January an extension of the Engr. Mrs Tamunomini have for mother and babies.

Mrs. Ajagbe promised to make sure mothers and their babies are well attended to and given the deserved priority.