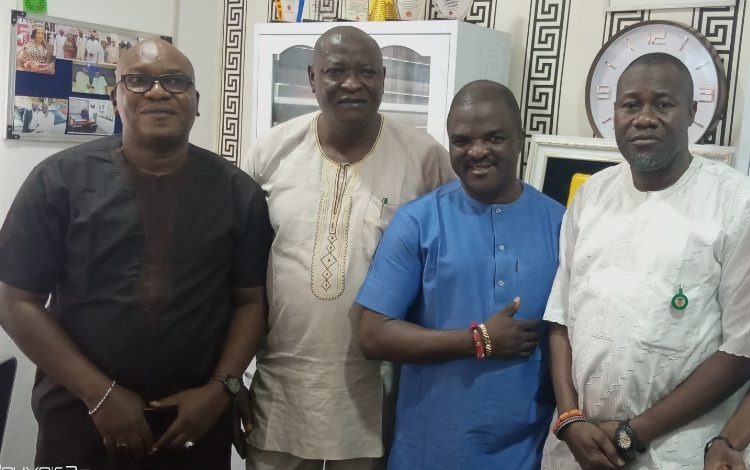 29
SHARES
4.6k
VIEWS
Share on FacebookShare on TwitterShare on WhatsApp

Obesere who was with  the patron of Barrister Fans club,  Oludasile Fuji group  Otunbo Tokunbo Okunola at the meeting said the essence is to  further appreciate the great work of the late Fuji icon and celebrate his legendary work while alive

‘We have always been celebrating him but we want this year event to be unique because it will be exact 10 years that he died and  we want a proper immortalization from government  either by naming of a street or particular monument after him’.

“Alhaji Barrister is an Icon, he can just died and be forgotten like that , most of the good things he has done in the entertainment industry still speaks volume after his death, we  ought to have done this long ago but we believe this is God’s time  and we are sure it would be done by Governor Makinde “ Obesere said

He said further that Alhaji  Ayinde is my father, my uncle, he is an ICON we are celebrating not because he is from Ibadan  but he is one of our pride in Ibadan ,oyo state and Yorubaland , majority  of those that benefited from his work  are not from Ibadan  but like they say, charity begins at home ,We decided to start from here, we made  effort during the past regime it didn’t work out but we believe Seyi Makinde is a listening governor and a man of the masses.

Speaking on the plan to celebrate the 10 years remembrance, Otunba Okunola  said “ we’ve always been celebrating Barrister, unlike felaboration which Is just one in a year but we do celebrate him every minutes because his music is always on at different locations, he has music for all occasion, fuji music is the only music, that we created in this Nigeria when you talk of Afro they tell you its from somewhere even Juju

Hon Ademola Ige in his response  said the government under the leadership of Enginer Seyi Makinde appreciate their concerns and will look into their request with the intention of celebrating and immortalizing an ICON and a pride of Oyo state who placed the name of Ibadan and Yorubaland on a very high pedestal through his talent .

MADE IN OYO - The Gateway to a Prosperous and Developed Oyo State. by Quadri Adetunji