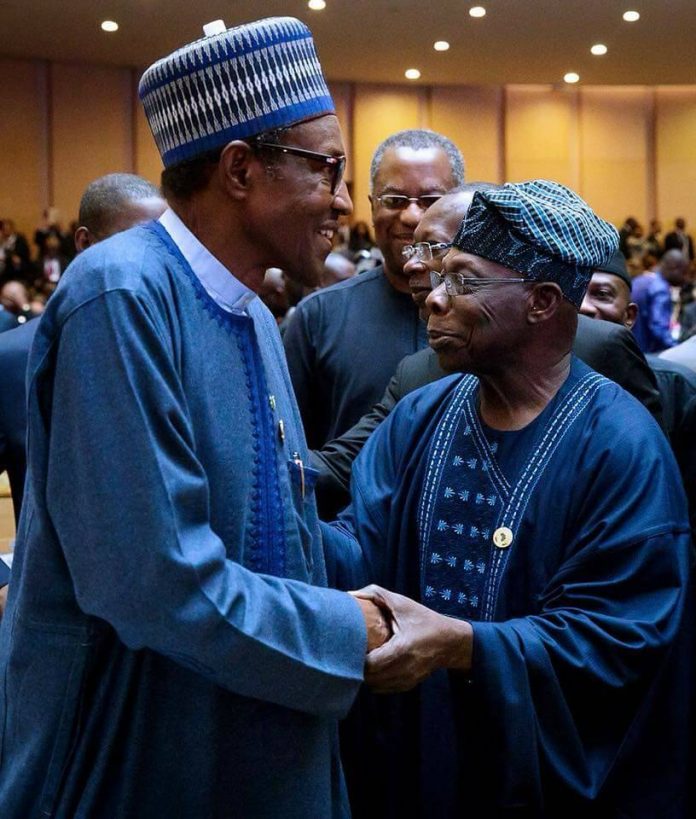 In reaction to a 16-page letter the former President, Chief Olusegun Obasanjo, wrote to President Muhammadu Buhari, The Presidency described it as “last push by desperate politicians who can’t handle the President politically and have resorted to subterfuge.’’

Malam Garba Shehu, the Senior Special Assistant to the President on Media and Publicity, while reacting to the letter in a statement in Abuja on Sunday, said the former president “needs a good doctor for good treatment and to say to him, `Get well soon.’’
The presidential aide maintained that the letter had clearly shown that Obasanjo was jealous of President Buhari because of the fact that the president has more esteem than him.

He said: “Our first message to the former President is that he needs a good doctor for good treatment and to say to him, “Get well soon.”
“As repeatedly said of him, since Chief Obasanjo left office in 1979, he never let every succeeding leader of the country function freely, and this included the one he personally handpicked against all known rules drawn up by the party that put him in the office of the President.

“But Chief Obasanjo is jealous because President Buhari has more esteem than him and the sooner he learns to respect him the better.

“It is a notorious fact that in dealing with any leader that he failed to control, he resorted to these puerile attacks.

“As the grand patron, more correctly the grandfather of corruption as described by the National Assembly, Chief Obasanjo released today’s letter purely for the reason of rescuing his thriving corruption establishment.’’

On Obasanjo’s allegation against President Buhari that he plans to rig Feb. 16, Shehu dismissed the allegation, saying that “the elections starting in February will be free and fair as promised the nation and the international community by President Buhari.’’
According to him, the claim that President Buhari has put in place rigging machinery is both outlandish and outrageous.

He, however, assured that Obasanjo and members of the opposition People’s Democratic Party (PDP) would be taught a political lesson as the All Progressives Congress (APC) would emerge victorious in the forthcoming general elections.

“What Chief Obasanjo and his co-travellers in the PDP should expect is that from the outcome, we will teach them a political lesson that they will never forget.

“This margin will be much bigger than we had in 2015.
He dismissed the Claims that President Buhari and the APC had embarked on the president’s “self- succession project, by recruiting collation officers who are already awarding results based on their projects to actualise the perpetuation agenda.’’

He also dismissed Obasanjo’s claim that the people will not matter and the votes will not count,” saying “this is not only utterly false but a copious note from the book on the failed third term agenda of President Obasanjo.’’

According to the presidential aide, President Buhari, who has taken Nigeria’s reputation to a higher level internationally and is working hard to improve on the records of elections he found in place, he cannot descend to the level that Obasanjo has himself sinking.

“As for his attacks of the administration’s records in fighting corruption, what the former President said is no more than evidence that President Buhari’s war against corruption is succeeding. They thought it is all a joke.

“A leader who took 16 billion dollars “upfront” to supply electric power yet failed to add a single megawatt to the national grid and to date, there is no trace of the money is jittery that he will be called to account. He is a coward.”

Shehu also maintained that the former president had been manifesting a confused state of mind as he blamed President Buhari for the “fall of Libya into a failed state and the unholy alliance between the Boko Haram terrorists and the ISIS.

“While at the same time calling it an African problem, saying “the struggle must be for all West African, Central African, North African and most East African States,” which really does not amount to saying anything new.

“Nigerians looked up to him as a role model and a ray of hope to ethical and clean leadership until President Yar’Adua called him out to explain what happened to the sixteen billion dollars of taxpayer’s money.
“It is clear that with him sitting on top of the heap of corruption, he is no different from the crowd he leads.’’

“We are unable to get the words to describe a 90-year old liar, except to say that by the publication of this tissue of lies against the President, he Obasanjo, not the President will fall from everyone’s esteem.’ He added. 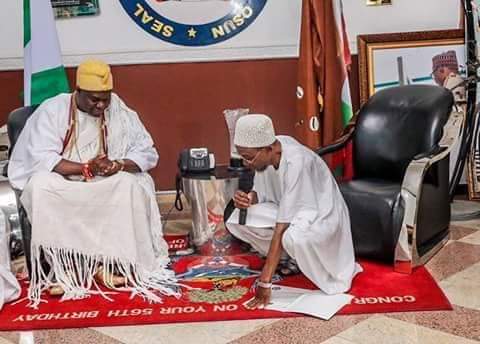