The South West zone of the Nigeria Union of Journalists (NUJ) has called on the Osun State government to as a matter of urgency begin the clearing of the debris of the collapsed building at Owode area of Ile-Ife in Ife central Local Government Area of the state.

The union, particularly called on officials of the state Ministry of Works and Transport and those of the state Property Development Corporation to expidite action on the clearing of the debris to prevent further disaster in the area.

In a statement issued by the Vice President of the zone, comrade Cosmas Olalekan Oni, the union lamented that the incessant building collapse in the country calls for urgent attention of all tiers of government.

The NUJ symphatise with victims of the unfortunate incident, especially the family of Comrade Alfred Odifa, the Secretary of the Lagos State council of the union whose son was involved in the building collapse.

According to Oni “we hereby plead with the Osun State government to clear the debris on time. This will allow timely recovery of items lost to the incident and relatively bring succour to the victims of the tragic incident. ”

He also enjoined owners of properties at riverine areas to make precautionary measures to prevent flooding which he said could result in collapse of buildings.

This is even as he enjoined all agencies of government saddled with regulations of buildings in the country to be up to their responsibilities to prevent such avoidable disaster in the future. 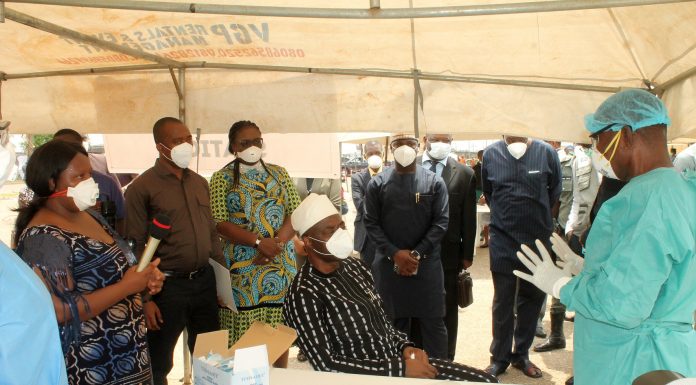 Why we Pay N45m for President Buhari -NCAN