In the wake of the COVID 19 pandemic, Nigeria’s President Muhammadu Buhari on March 29, 2020, announced a 14-day lockdown of Lagos and Ogun States, as well as the federal capital territory, Abuja, as part of Physical distancing measures (there is growing consensus that this is a more appropriate term than Social distancing) aimed at containing the pandemic in Nigeria. Many other state governors have similarly exercised their powers to lockdown their states with hints that the stay-at-home orders might be extended beyond the initial two weeks. Measures in Nigeria have followed a global pattern as leaders are in a frenzy to get ahead of the crisis that caught even the most advanced countries in the world napping, and has been called the Worst Intelligence Failure in US History.

While some parts of the world have been harder hit, no country is left out of the COVID 19-induced quagmire. Economies around the world have literally shut down and health systems overwhelmed. Sports – the great unifier and source of joy to many, like every other human endeavour has been hard hit, and the global gloom is deepened by the putting off of major sporting events including the Tokyo 2020 Olympics, with the only such precedent being during World Wars 1 and 2. Stadia around the world like the famous Maracana stadium in Rio de Janeiro have been turned to emergency hospitals, just like other iconic public places such as the Central Park in New York and the Excel Convention Centre in East London that has been turned into a 4,000-bed makeshift hospital for the United Kingdom’s NHS.

The crisis has exposed Nigeria’s fragile healthcare delivery system, which is an indictment on our leaders past and present who preferred spending our commonwealth as medical tourists in foreign countries to building our hospitals. Now all Nigerians, rich and poor, are locked in. But that is the extent of our common fate. Wealthy Nigerians are enjoying this staycation making bopdaddy videos behind high walls, far from the realities of the untold suffering of the majority. The lockdown has therefore been criticised as inimical in the Nigerian context because of the socio-economic portends for the masses many of whom depend on daily meagre earnings for survival. The famed resilience of the average Nigerian in the face of adversity is stretching thin resulting in reports of pockets of defiance, which compounded by law enforcement with a penchant for excessive use of force has resulted in at least one death – Joseph Pessu, a resident of Warri in Delta state and father of two who was killed last week by a soldier.

The forced lockdown however remains one of our best lines of defence against the raging monster holding the world to ransom, and we must all support our government with compliance. There is however a silver lining behind this painful development that has slowed everybody down like children sent to our rooms. Millennials who came of age when corporal punishment gave way to more liberal approaches of raising children are familiar with the disciplinary technique called “Time-out”. This is the alternative to spanking from the behaviourally oriented parenting bag of tricks which prescribes that the naughty child is made to go stay in his/her room, or go face a wall for some time, so that the period of solitude is spent thinking about the mistakes, resulting in a change of heart. Parenting experts aver that this method encourages change in behaviour from the inside which is more tangible than the approach of enforcing it from the outside. Now that we have all been asked to stay in our respective little corners, this is the time to make the best of this crisis and think about the errors of our ways as a people.

We have been living far below our potential for greatness, and left too many people behind by failing to address many issues about our country. Yet, as one of the most religious people in the world, we keep hoping and praying these problems would just go away. Nobel laureate Prof. Wole Soyinka, often referred to as the conscience of the nation, metaphorically described the Nigerian government as behaving like children in a 2014 interview with CNN’s Christiane Amanpour. Berating the Nigerian government’s handling of the abduction of school girls in Chibok, Soyinka said “It’s one of those rather child-like situations that if you shut your eyes, if you don’t exhibit the tactile evidence of the missing humanity here, that somehow the problem will go away.” His harsh words ring true not only about the Jonathan administration he was directly referring to at the time, but to every government we have ever had to date – indeed to all Nigerians.

Nigeria seems to have become that stubborn adolescent that not only plays peekaboo but has also become so used to corporal punishment that it no longer has any effect. For many decades, we have been buffeted by perennial problems resulting in some of the worst human development indices in the world in spite of our vast human and natural resources. Before COVID 19 came to compound issues, we were already neck-deep in a socio-economic crisis with unemployment at 23.1 percent, underemployment 20.21 percent, and youth unemployment 54.4 percent, according to the National Bureau of Statistics (NBS). The United Nations’ poverty monitor, World Poverty Clock’s current figures indicate 95,903,776 people in Nigeria, representing 48% of the entire population live in extreme poverty – that is below $1.90 a day. Most recent figures indicate that after earning over $800 billion over the past 50 years, access to electricity in Nigeria is still 54.4%, lagging far behind fragile states like Afghanistan that has 97.7%.

We have a retired general as president yet we are plagued with worsening insecurity with almost daily news of cyber fraud, armed robbery, kidnapping, banditry, ritual killing, and piracy within our borders. We are contending with an insurgency that has led to the death of an estimated 27,000 human beings, since the onset of the conflict in 2009, according to the United Nations Office for Coordination of Humanitarian Affairs (UNOCHA). An estimated 2 million people are internally displaced, 80 per cent of them being women and children, and one in four under the age of five. Of this number, an estimated 823,000 are trapped in vast swaths of very high risk areas making them inaccessible to humanitarian actors. This is our reality today, and even before COVID 19, we were already bracing up for a big hit to our economy in the months ahead, with rising external debt, crude oil prices dipping and sales dwindling in the wake of price wars between Russia and Saudi Arabia which has put us more than half way below benchmarks used as projections for financing the 2020 budget, which is based on assumptions of sales receipts from 2.18 million barrels of crude oil per day at $57 per barrel.

The challenges we had before COVID 19 would not suddenly disappear when the pandemic does, hopefully soon. They would only become more pronounced and urgent, with little prospects of support from outside. The emerging global order is predicted to be one in which rich countries would scale down interventions in the global south as they prioritise their own national interests. This is the time to think hard and well, and not allow this crisis go to waste.

Many people take time out to reflect on life when they have landmark birthdays coming up. The 60th anniversary of our independence as a country comes up in October this year. Now is the time to think of the mess we have gotten ourselves into as a country due to our collective indiscretions over the years – everyone of us at home and abroad. The sum total of our resolve as citizens, and hopefully our leaders, can result in a new dawn, and the history books may one day read that in the 60th year of our independence, the combination of the COVID 19 pandemic and economic contraction led to Nigeria’s renaissance. It is possible. 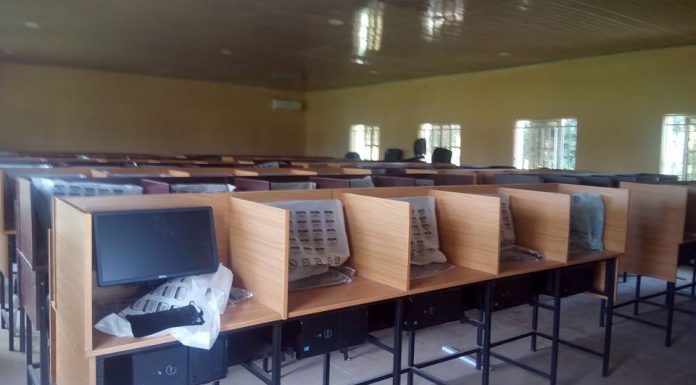 Triumph of Saraki Over Political Persecution and Needful Lessons . ...

Major Events that Shaped Nigeria in 2016, Prospects and Expectations in...