North Korea fired a ballistic missile Wednesday, South Korean military officials said, the first such launch in two months and just a week after the US slapped fresh sanctions on the hermit state and declared it a state sponsor of terrorism AFP reports.

The North has stoked international alarm over its banned nuclear missile program but before Tuesday it had not staged a missile test since September 15, raising hopes that ramped-up sanctions were having an impact.

The missile flew east from South Pyongan Province, the military Joint Chiefs of Staff (JCS) said, adding that the South Korean and US authorities were analysing the flight route.

US President Donald Trump was visiting Congress at the time of the launch and “was briefed, while the missile was still in the air” according to White House press secretary Sarah Sanders.

The president has since returned to the White House.

The US administration has said it will not tolerate the North’s testing or deployment of an intercontinental ballistic missile capable of carrying a nuclear warhead to US cities.

Experts believe Pyongyang is within months of such a threshold, having carried out six nuclear tests since 2006 and test-fired several types of missiles, including multi-stage rockets.

In September the North conducted its sixth and most powerful nuclear test and staged an intermediate-range missile launch over Japan.

President Donald Trump also declared North Korea a state sponsor of terrorism, a spot on a US blacklist the country had shed nearly a decade ago.

Trump said that the terror designation and sanctions would be part of a series of moves over the next two weeks to reinforce his “maximum pressure campaign” against Kim Jong-Un’s regime.

But the North remained defiant, vowing to continue building up its nuclear force in the face of repeated US sanctions and threats.

It condemned the US terror listing as a “serious provocation” and warned that sanctions would never succeed.

It also slammed Washington for behaving like an “international judge on terrorism” and said the move was “clearly an absurdity and a mockery to world peace and security”.

China, the North’s sole ally, has pushed for a “dual track approach” to the crisis which would see the United States freeze its military drills in South Korea while North Korea would halt its weapons programs.

Washington has rejected that approach.

Seoul’s unification minister had earlier on Tuesday said signs of unusual activity had been detected in North Korea, hinting at a possible missile test. 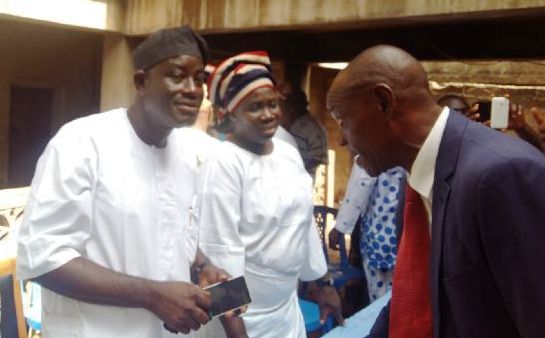 Garlands for Atiku at 72

Lessons From Hannah. By Bisi Adeleye-Fayemi

Presidential election : Our Support is For Buhari not Atiku – Action Alliance