Home Politics Nnamani must quit as Electoral Reform Committee Chairman – Fayose
Share on Facebook
Tweet on Twitter
Ekiti State Governor and Chairman, Peoples Democratic Party (PDP) Governors’ Forum, Mr Ayodele Fayose has called for the immediate resignation of former Senate President, Ken Nnamani as chairman of the Electoral Reform Committee and allow a non-partisan person to take over.
Fayose said  “if the federal government is serious about electoral reform, Senator Nnamani, a card carrying member of the All Progressives Congress (APC) won’t head the Electoral Reform Committee.”
The governor,  also maintained that  there was nothing wrong with the country’s electoral system, “It was the same electoral system that produced the present APC government of President Muhammadu Buhari, in an election adjudged as relatively free, fair and credible. So what happened to the system after May 29, 2015 that this present government took over? How did we get to this level of inconclusive and questionable elections in which the Independent National Electoral Commission (INEC) and security agencies appear to have become part of the ruling party?”
In his presentation at the public hearing on constitution and electoral reform held at Ogun State Cultural Centre, Abeokuta today, Governor Fayose said; “Even when it inherited a working system that conducted elections adjudged as free and fair by local and international communities, INEC has failed consistently to replicate the inherited working system due to overzealousness and rabid passion to work as appendage of the federal government.
“Imagine an election that is ongoing, only for INEC to postpone counting of votes by midnight, with the party agents driven away. Any result announced in the morning has lost any credibility and legitimacy and cannot represent the will of the people.”
The governor, who was represented by the Chairman, Ekiti State House of Assembly Committee on Information, Dr Samuel Omotoso pointed out that “The only time this country made an attempt at a reliable electoral reform was during the tenure of President Umaru Yar’Adua who appointed retired Chief Justice of Nigeria, Justice Mohammed Uwais as the chairman. This singular move gave the panel credibility, widespread acceptability and massive supports from all over the country and across political divides.
“Such cannot be said of this panel that is overshadowed with massive moral burdens and conflict of interest as a result of the chairman being a card carrying member of a political party called APC.”
He said; “Senator (Dr) Ken Nnamani, being the South-East regional leader of APC is incapable of rising above primordial and party sentiments to give Nigerians anything different from electoral inconclusiveness that we have at the moment.
“Any reform from such encapsulation can as well be said to be dead on arrival.”
Speaking further, Governor Fayose described INEC under the present APC government as the champion of electoral malpractices, saying “INEC and security agencies need to purge themselves of all these putrid behaviours and face the reality of modern day democracy.
“As Governor of Ekiti State, I have no reservation about reviewing and reforming our electoral process but I am reluctant about the sincerity of purpose deploy each time we display such political hallucinations under the guise of reforms, this has amounted severally to playing to the gallery and this committee just like others that have embarked on several wild goose chases in the past is not likely to be different.
“When those who are to supervise an election take over the process and turn themselves to interested parties rather than rise above board, then we breed nothing other than chaos, pandemonium, mayhem, confusion and disorganisation of the whole process.
“We all know those who commit crimes during the elections but this same people are protected using the police, who is supposed to ensure orderliness and legal consequences for electoral infractions. The police would rather arrest and prosecute the victims of electoral malpractices and violence while releasing the actual aggressors due to the relationship of these offenders to the government in power.
“The penchant for disorder by the umpire has got to a state of obsessive compulsive disorder, in the sense that rather than ensure sincerity of purpose within the system, what we have is deceit, flippancy and double standards.
“Therefore, there is no gainsaying that this electoral review body is not needed until the panel is equitable, non-partisan and devoid of influence from the powers that be. He who comes to equity must come with clean hands.”
ALSO READ  Fayose queries Buhari’s approval of $1bn for arms, alleges “fund meant for president’s re-election” 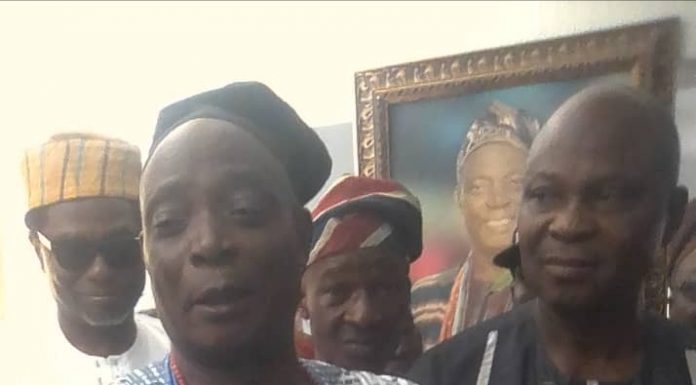