The funny aerobatics of a mad man at the market place is a spectacle to behold, but no man prays the gods to allow him sire a lunatic. With the latest ridiculous rantings and crude arrogance which just emanated from Dr Chris Ngige, even if the other ministers cannot come out openly to chide him for such infantile effusions, none of them will feel proud to come out and dance nakedly just as their Labour and Employment colleague has done against ASUU. The arrant folly, too dirty for the dignified lips of the wise is only given expression by the flippant mouth of a fool.

If we may ask, Why is Ngige, against the obvious shortcomings and dizzying sleaze associated with IPPIS, so obsessed with the implementation of the evil platform?
Is he a hidden beneficiary of the corruption and the marketplace robbery going on there? Why is this minister so obstinately deaf to the logic of ASUU’s arguments that IPPIS, is an alien virus which poses a serious threat to the health of the university system and therefore should not be allowed to take root? This minister,this self serving midwife of the IPPIS, should be stopped before he foists the monster in our universities. This is not the time to visit a private vendetta, in case he has any, on the Nigerian academics.

It is time that all true patriots, both in and outside the government prevail on Ngige, who prides himself as the conciliator general over the FGN/ASUU face-off to sit down and address the grievances of the union in the interest of the nation.

To insist that IPPIS has come to stay in the university system, irrespective of its glaring illegality and shoddy details, is, to say the least, an expression of unbridled arrogance of power bereft of responsibility. Ngige should know that he is only holding that power he seeks to wield without restraint, for the people and not to satisfy his personal whims and caprices.

As a true conciliator, Ngige, rather than seek to mislead the public about the true situation of things regarding the readiness or otherwise of the alternative UTAS platform designed and fully funded by ASUU, he should for once be truthful to himself and let Nigerians know how much of public funds have gone down the drains in servicing their fraudulent platform.

It is sad that Chris Ngige who has been part of the FGN/ASUU talks since the beginning, is trying to pull wool over the eyes of Nigerians by giving the impression that the union’s current face-off with the government is about IPPIS! No! Chris Ngige knows that the crises is about the government’s breach of MOA it signed with the union since February 2019 among many others. He should come off his high horse and address the issues rather than threatening ASUU with fire and brimstone.

If he is at home with the trajectory of the history of our struggles,he should know that ASUU cannot be blackmailed or intimidated to abandon its struggle. It is an exercise in futility. The whole nation will have Ngige and his likes in government to blame if this crises is escalated beyond this level.

His claim of saving for government 800 billion naira from ASUU is laughable. He is trying to deodorize illegality with this assertions. Tax issue is a matter between the universities and the concerned states.

This is a matter of negotiation between the two. Also, it is the only basic salary that is subject to such taxation. What Ngige’s IPPIS has done is to tax the gross salary of university workers. Where is such ever done without precipitating crises? Even Ngige in his heart of heart knows that he cannot be right in this matter. The issues at stake go beyond playing politics with figures, it is about honesty sitting down and finding a lasting solution to the problems that brought us here. Dr Ngige should save the education sector another crises by excusing himself from the job as he has amply demonstrated his inability to play the role of an impartial arbitrator in the ongoing FGN/ASUU imbroglio.

The earlier he does this, the better for the country. From the fore-going, it is clearly evident that Ngige lacks the basic knowledge of the roles of a true arbitrator. He has clearly demonstrated that he is a mere Agent provocateur, fanning the embers of a simmering blaze. This will not do the education and indeed the whole nation any good.

High time the other ministers in this government call him to order before he creates a bigger embarrassment for them. The government should rein him in before he becomes a bigger liability to the administration. 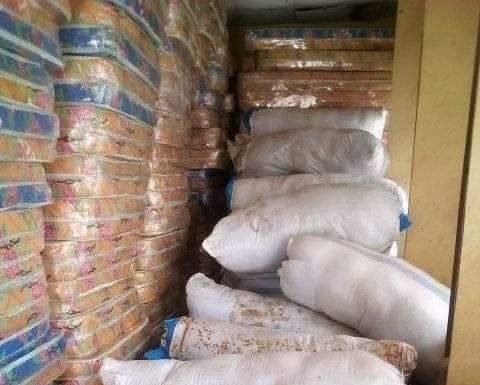 Digital Tourism Visa To Be Out Soon – NIS Boss

Bride to be Died on Wedding Eve in Bauchi