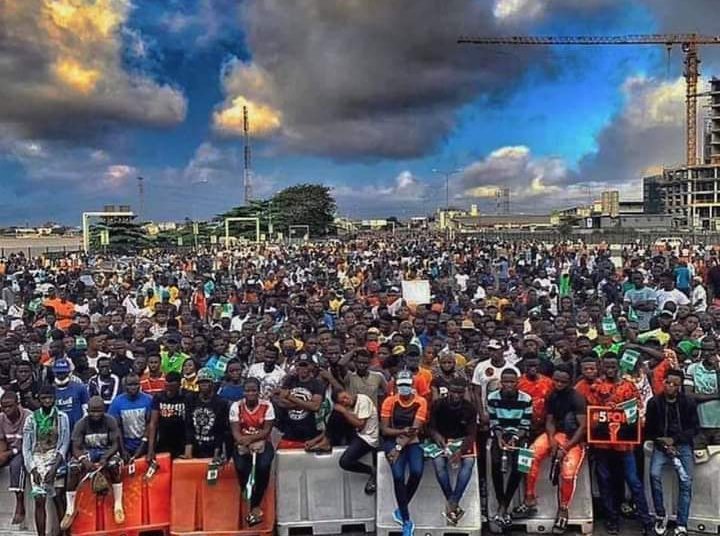 Nigerians have described as babaric and inhuman, the attack on the protesters  at Lekki Toll gate  Lagos state by Armed security personnel on Tueaday who stormed the scene of the#EndSARS protests  and opened fire at them.

Oluwaseun Michael  said”Sanwo-Olu should just know that the blood of the souls killed at Lekki Toll Gate is on his hands. Soldiers have started shooting them. No wonder they took off the lights and also removed the CCTVs there. You later came back to shift the curfew to 9pm because you were also in traffic but the deed has been done. You and your children will definitely pay for this”

The incident comes hours after the Lagos State Government declared a 24-hour curfew as part of efforts to stop the violence which had broken out in some parts of the state by criminal elements who have been hijacking the protests.

Although the curfew was to commence at 4:00 pm, many were still seen protesting across the state

Lekki Toll Gate which is one of the major converging points of the protests was still crowded by large numbers of peaceful and unarmed protesters  around 5:00 pm

The situation, however, took a turn for the worse around 7:00 pm when the security operatives stormed the area