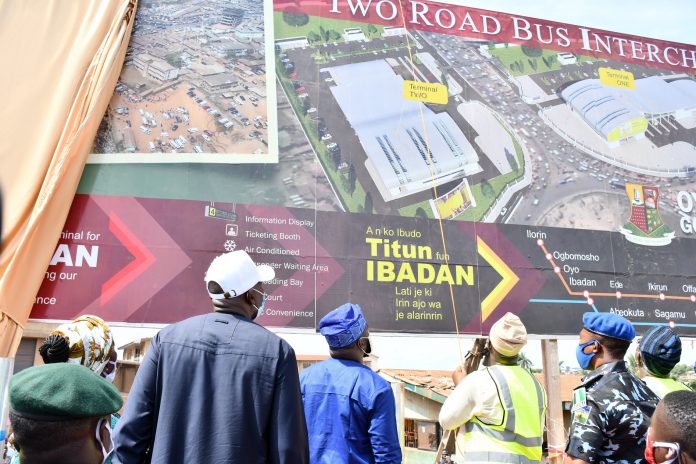 Oyo State governor, Engineer Seyi Makinde, on Friday, flagged off the Ultra-Modern Bus Terminal project in Iwo Road, Ibadan, to enhance the socioeconomic activities of the state and ease the movement of people and vehicles in the state capital.

The governor, who stated that the project signifies the commencement of the construction of befitting state-of-the-art modern bus terminals across the state capital, noted that when completed, it will ease the movement of travellers and give them an experience in bus transportation that is second to none in the country.

A statement signed by the Chief Press Secretary to Governor Makinde, Mr. Taiwo Adisa, indicated that the governor urged those affected by the demolition of structures in the axis to bear with the government, assuring them that they will be duly compensated.

Governor Makinde stated that the demolitions were temporary pains that will be outweighed by the gains of the project, assuring that those who lost shops to the demolition would be first to be considered by the government when the project is completed.

The governor also appreciated worshippers at the Adogba Mosque, which was affected by the interchange project, for cooperating with the government, reiterating that the mosque has been moved to another location and that his commitment to rebuild the mosque still stands.

He said: “We are here to flag off and signify the beginning of work for the ultra-modern bus terminals. We all know the situation in Iwo Road. When we are coming from the airport, it is almost impossible most times to find one’s way through here.

“Also, they say hoodlums are domiciled here but it is not so again. Last year, when we were planning to decorate Iwo Road with lightnings, people said we should not do it but I insisted. So, we did it and nothing was stolen till the time they came to remove the decoration lights. If progress wants to start in Oyo State, Iwo Road is likely to be the port-of-call.

“The interchange we are planning to do will connect those coming from Lagos, those going to Ife and Ondo State. It also connects those going to the North (Oke-Oya) So, historically, the interchange is a junction that is almost a melting point for the entire country of Nigeria. With more people using this road, we want to give an experience that will be second to none for bus transportation in Nigeria.

“It is not just about the aesthetics but the hours we lose every time. So, with the organisation of this terminal, vehicles will pass smoothly and all those whose shops were demolished will have the first right of refusal. I make a promise to you that you will be consulted before others.

“There can be no development or gain without pain. I know some of you are feeling some pains right now but the gains coming will dwarf the temporary pain. Some even are saying we want to demolish Adogba Mosque because I dislike Muslims but I went into the same mosque to pray together with the Imams.

“We have moved the mosque to another position and I told them I will rebuild it with personal money. So, I want to thank you for your cooperation with the government. About a year ago, I promised that my administration will be run with the fear of God and that is why those of you whose properties were affected will be duly compensated.”

Earlier, the Commissioner for Public work and Transport, Prof. Rapheal Afonja said that the flag-off signified the commencement of the construction of state-of-the-art modern bus terminals to be built at four different locations in Ibadan.
He said the terminals, which are to be built at Iwo Road, New Ife Road, Challenge and Ojoo areas, will be equipped with facilities such as passenger waiting and ticketing offices, drivers’ lounge, parking facilities, shopping facilities, eateries, ATM galleries and other conveniences.

“This is part of the confirmation of the commitment of the current administration’s efforts to give a befitting face to the environment in all the major towns and cities of Oyo State. The provision of these facilities is aimed at enhancing the socioeconomic factors of the state and part of the beautification project of the state,” Afonja said. 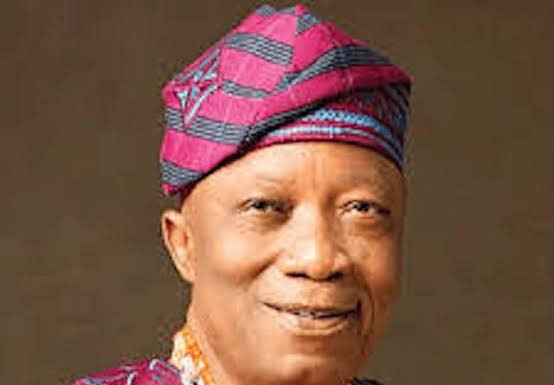 Baba Ijebu Not Arrested By EFCC

Oyo to Light-Up Another 70 Roads Across All Zones

Nigeria Drop To 35 in FIFA Ranking

Tegbe is The  Most Experienced to Succeed Ajimobi – Authentic Ibadan...