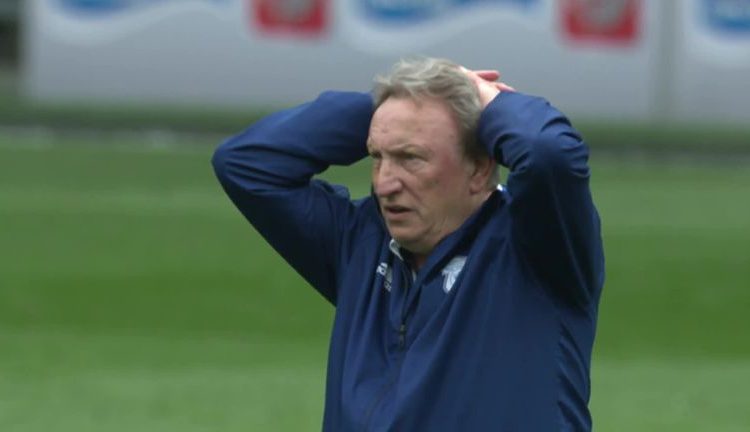 45
SHARES
4k
VIEWS
Share on FacebookShare on TwitterShare on WhatsApp

Middlesbrough manager Neil Warnock has tested positive for coronavirus and is in self-isolation, the Championship club announced on Thursday

Skysport https://www.skysports.com/ reports that the 71-year-old Warnock watched from the stands as Boro lost 2-0 to Barnsley in the Carabao Cup on Tuesday, but had been on the touchline for his side’s Championship opener against Watford last Friday.

“The club  in a statement  confirm that  Neil Warnock has returned a positive test for COVID-19 and will be spending a period in isolation in accordance with guidelines,”

“Neil is in good spirits and we look forward to welcoming him back after his period in isolation.”

Middlesbrough’s next game is against Bournemouth on Saturday, when 1,000 supporters will be allowed to attend the Riverside as the government continues to trial the return of fans to matches amid the pandemic.

Warnock, who replaced Jonathan Woodgate as Boro boss in June, has previously managed in the Premier League with Cardiff, Crystal Palace, QPR and Sheffield United