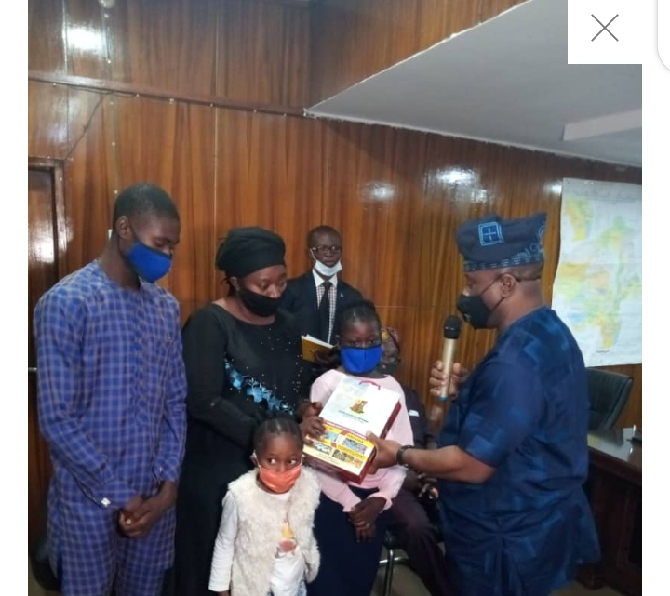 Oyo state government has presented cash to the family of a committed member of the Peoples Democratic Party in Ogbomoso North local government, Mr Isaiah Adedapo Adegoke who died on April this year.

The Special Adviser to the Governor on Strategy and Political Matters, Hon Babs Oduyoye who presented the cash gift to the family of late Adegoke on behalf of Governor Seyi Makinde described the deceased as one of the loyalist of the Governor during electioneering process.

According to Oduyoye, Mr Adegoke was a faithful PDP man who worked tirelessly for the emergence of Governor Seyi Makinde during 2019 Governorship Election especially in Ogbomoso North local government.

He assured continuous support of the state government towards the welfare of the family especially the education of the deceased children.

The Chief Press Secretary to the state Governor Mr Taiwo Adisa who is also from Ogbomoso, commiserated with the Adegoke family over the death of their bread winner.

The Governor’s Spokesperson said despite the economic crisis caused by novel Covid-19 Pandemic, Oyo government is committed to bringing more meaningful projects to Ogbomoso land and other parts of the state.

Responding on the behalf of the Adegoke family,the widow Mrs Folashade Adegoke appreciated the state government for the Philanthropic gesture and honouring her late husband.

He is survived by wife,Mrs Folashade Adegoke and three children.