Makinde is Spending Resources on Developments Not Frivolities -Aide

133
SHARES
2.2k
VIEWS
Share on FacebookShare on TwitterShare on WhatsApp

The Chief Press Secretary to Governor Seyi Makinde of Oyo State, Mr Taiwo Adisa, said on Saturday that the governor is running the state with ingenuity, while also delivering incisive governance in the state.

Makinde Unfolds Plan to Increase IGR to N102b, Allocates 21% to Education in 2021 Budget’

He maintained that contrary to insinuations that the governor has been spending Oyo State’s money on politics in other states, Governor Makinde has been spending the state’s resources to benefit the people of the state, which is why a lot of efforts have been going into turning around the infrastructure of the state across, health, education and other sectors.

The Media aide, who spoke on Political Circuit, a programme of the Ibadan-based Fresh 105.9 FM, stated that the Makinde administration’s innovative project funding approach is bringing about an ongoing massive turnaround in the infrastructure deficit of the state, notwithstanding the global setback occasioned by the COVID-19 pandemic.

According to Adisa, the introduction of the Alternative Project Funding Approach (APFA) by the Makinde administration, which allows contractors to raise funds to execute critical infrastructure, while the state pays at a later period, has enabled the state to substantially bridge the worrisome infrastructural deficit it inherited in 2019.

He also revealed that works on the establishment of the Oyo State Anti-Corruption Agency, which bill was passed to the House of Assembly and assented to by the governor, has now reached an advanced stage, adding that the state government had instituted a painstaking process to search for persons of “impeccable integrity” to man key positions in the agency.

He also noted that the State Executive Council has already ratified some of the things the agency will work on.

A statement by the Special Assistant (Print Media) to the governor, Moses Alao, quoted Adisa as also saying that the economic and political sagacity, with which Governor Makinde has been running the state is commendable.

According to him, criticisms coming from the opposition party in the state over volumes of loans or planned bond issuance were needless and mere distractions, adding that the state government could not fold its arms and say that because there is COVID-19 it would not plan for the future of the state.

ALSO READ  Retrial of Dr.Saraki is not a conviction by Salami Musa

He stated that infrastructure projects, including the ongoing 21 kilometre Ajia-Airport road, remodelling of the Lekan Salami Stadium, Adamasingba, as well as the construction of the four Transport Interchanges, among others, were parts of the innovative plans of the administration to turn things around and expand the economy.

He said: “Immediately the state government, in playing to his own chosen line of openness, announced its intention of going for a N100 Billion bond, the noise came up in huge volume from the opposition party. They were saying that the government wants to plunge the state into debt when they don’t even understand the issue at stake; when they don’t even know the difference between ordinary borrowing and the bond; when they have not even interrogated the agenda that we have put up for raising the issue of the bond and when they have not also looked at the benefits that will accrue to the state. They have not interrogated anything other than to play politics and play to the gallery.

“The truth is that a lot of people are afraid when you talk about debt. But it is modern-day political management, modern-day economic management that Governor Makinde is into in Oyo State. It is incisive governance.

“When you have a business that is not running well, how do you reflate it? Is it by sleeping or going to learn from people like Dangote, who is the richest man in Africa and, at the same time, owing a lot of banks, corporations outside there, and around the world? Are you going to borrow ideas from people whose businesses are successful, or you subject yourself to a moribund idea? Will you stick to an idea that ran for eight years and brought nothing to the table? No, we are not going to be cowed by noise in the marketplace but will be objective and focused on real and incisive governance. That is why the state government highlighted what it will do with the bond.

“The processes of getting the bond are ongoing and we have not collected any amount. Every kobo that will be borrowed is tied to infrastructural development and they are highlighted at every point in time.”pe

The governor’s aide further said that part of the projects that will benefit from the N100 Billion, when it is eventually issued, is the Ibadan Airport, stating that the government has already facilitated some improvements including the lighting system, the runway to an extent and some other things put in place by the government.

“Recently, the Airport was not going to be accredited to start operation after COVID-19, but the state government intervened and is still intervening to make sure that the international standard we are talking about is maintained (at the airport). The Federal Government approved Akure, Ilorin Airports after COVID-19 restart but Ibadan Airport was not immediately approved. But because the state government has intervened, the Airport came back within the same week. So, we are focused on what we want to do and won’t be swayed by the noise here and there. And we are going to tell anyone making noise to look at what we are doing and stop shouting,” Adisa added.

Responding to questions on why the government is remodelling the Adamasingba Stadium despite COVID-19 pandemic, which has limited attendance at stadiums, Adisa said that the Makinde administration is already looking beyond the pandemic and planning for the future.

He said: “Premier of the Western Region, Chief Obafemi Awolowo, built the stadium in the 1950s. At that time, the population of Oyo State should be under 2 million and then, the people did not ask if the stadium was a priority. Some 44 years ago, Adamasingba Stadium was built and allowed to go to ruins. How do you prepare for tomorrow when you leave today in ruins? It is because we are preparing for tomorrow that we don’t want to allow COVID-19 to keep the world down longer than necessary anymore; that we want to build youth and investment capacity and all that; to make sure we have a thriving stadium that we can use to pull out the energy of our youths once again in all aspect of Sports so that they can compete nationally and internationally.”

The governor’s aide also clarified the state government’s stance on the issue of Babaloja of Oyo State, noting that the governor ratified the decision made by the Olubadan of Ibadanland and urged that all other due processes should be followed.

“On this issue, what the people must address in their minds is the process; who is following what process? How did the past leaders emerge? Who named who and who should name who? Was it the business of the Imperial Majesty, Olubadan of Ibadanland to name the Babaloja of Oyo State or Babaloja of Ibadanland or is it supposed to be the business of other people? What are the rules and laid down procedures? Those are the things we should be asking for. Anybody can grandstand on social media, but one must go to the basics to understand what the rule says.” 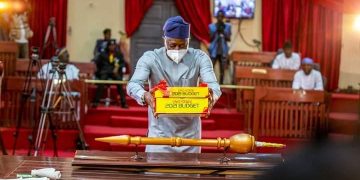 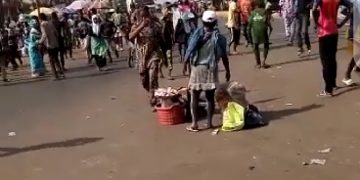