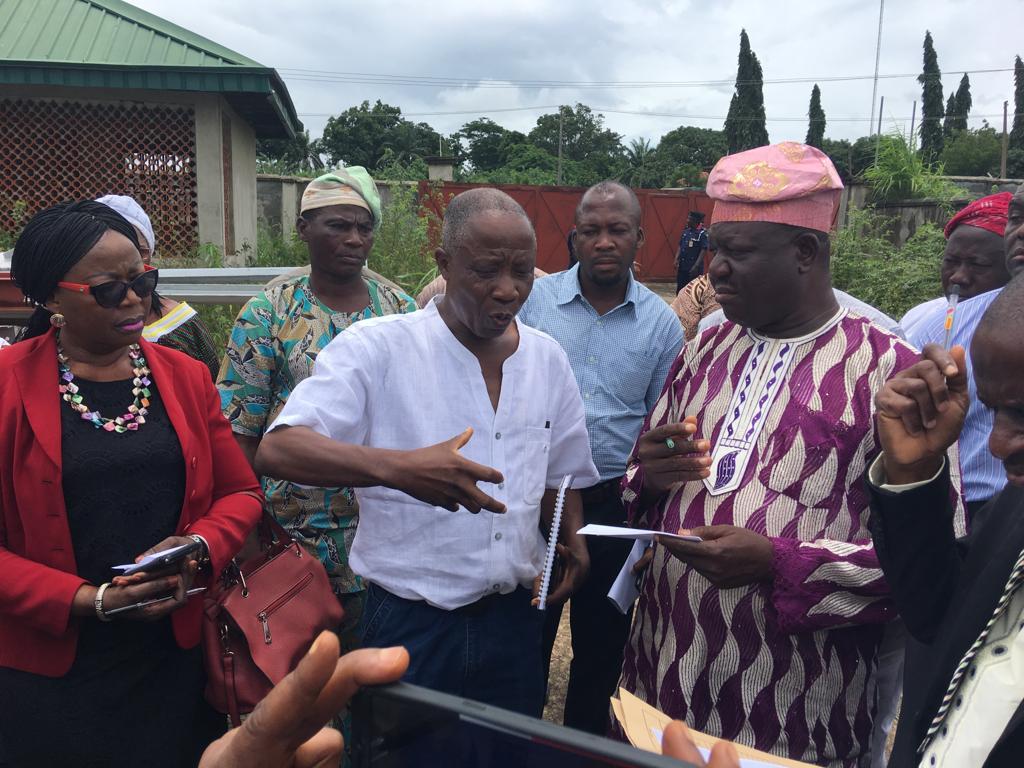 The executive chairman of Rahvet International Limited, Dr. Mufutau Iyiola Raheem, has said that Governor Seyi Makinde has not abandoned any project his companies is handling for the state.

Raheem, who made this known in a statement, in Ibadan, the Oyo State capital, listed the Integrated 10,000 Metric Tonnes Agricultural Silo and Atiba FM as projects handled by his company.

This is just as he added that the silo project which would be delivered in December 2020 would generate over 100,000 jobs.

He, however, revealed that the coronavirus pandemic is delaying the project as the Chinese engineers from Rahvet’s foreign technical partners have yet to arrive for the construction of the underground silo foundation  “We got over this problem by looking inward and we were able to come up with a well experienced team of thoroughbred silo engineers in Nigeria that performed creditably even to the admiration of our foreign technical partners that were monitoring and supervising our work.”

“Truth be told. The allegations you referred to, wherever they may be coming from, are baseless and unfounded. They are simply figments of imagination of the peddlers which do not conform to reality on the ground. I have not seen anything that is farther from the truth as this.

“The silo project is neither abandoned nor neglected. It is fully on course. My company is the one executing its construction. We have never abandoned the site for a second since the re-flagging off of the project; the payment obligations by the Government are being met as and when due. My company is likewisely fufilling its obligations in spite of some challenges. In a nutshell, the project is active, current, on-going and will soon be completed.

In actual fact, it should be stated clearly without ambiguity that Governor Seyi Makinde rescued the project from being a white elephant or abandoned one. Credit with accolades should be given to him.”

Explaining the importance the Governor Seyi Makinde attaches to the silo project, Raheem stated that “This particular silo is a special and unique project, and by the time it is completed, it is going to be the first of its kind in Nigeria and in this part of Africa. The technology behind it is very modern and it is indeed a state-of-the-art structure. It is highly automated, having efficient flow processes with very long life span. It can effectively store grains without change in quality for 12 years. It has a facility to re-condition infested grains (we call it grains hospital), it comes with highly efficient flash drier for drying wet grains to a particular moisture level before storage. It also comes with grains laboratory with state-of-the-art testing and analysis instruments and tools.”

He narrated how his company had to institute legal action against the administration of late former governor Abiola Ajimobi.

“Before the inauguration of Governor Seyi Makinde as the Executive Governor of Oyo State, my company instituted legal suit in Oyo High Court against the Government of Oyo State, and some of its officials including the then Governor of blessed memory,  for several infractions, infringement of rights, lack of adherence to contractual agreement and so on. There were some injunctions in our favour and we were determined to follow the case to its logical conclusion. However, as fate would have it and in the wisdom of the new Governor, after weighing the pros and cons of the issues, the matter was settled out of court amicably. The two Parties agreed to a revised additional contract sum to complete the project. Pronto, we got back to the site after the Hon Commissioner for Agriculture, Hon Ojekunle Ojemuyiwa Jacob, flagged off the re-starting of the project.

On the benefit of the silo project, he said that “Employment generation is one of the benefits. At the last count, it was estimated roughly that about 105,000 jobs will be directly and mostly indirectly created by the facility. It will impact on the economic activities in the farming community. The nexus between the silo facility and the nearby Elekara (Alaaka) Grains Market in Oyo can not be over-emphasised. It is a case of one enhancing the other. Alaaka Grains Market is the biggest grains market in the southern part of Nigeria. The silo facility will be boosting the activities in the grains market while the grains market on the other hand will be a veritable source of supply feeding the silo. The project will have a gravitational pull effect by enhancing the sustainable socio-economic effect of the state-wide economy.

“Also, it would be a source of revenue and income for Oyo State Government. There are about five business focal units within the silo structure and each of them will be generating income for the Government.”

On the Atiba Radio FM station project, he said “It is correct that Rahvet is also the contractor handling this project. It is also a turn-key project, very unique and first of its kind. Together with our foreign technical partner, we planned it to be a reference point in African broadcasting. The projected was awarded by the previous government but did not effect the contractual mobilization payment. The Government did not pay any amount to the contractor. Instead the contractor spent and utilized its own resources to start the project and built it to the level where it was estimated by the Ministry of Works to be about N27 million valuation then. Instead of paying the contractor, the then Government, without cogent and valid reasons, went ahead to cancel the project illegally and wrongly. However, the out-of-court settlement agreement reached with the new Administration has untangled that.
Furthermore, the new Administration of Governor Seyi Makinde inaugurated a Committee to review some of the contracts awarded by the previous Administration. This Radio Station Project was listed as among the reviewed projects. The White Paper of the Report of the Committee is being awaited and it is hoped that Governor Seyi Makinde will rescue  the Atiba FM Radio project as he did for the Silo project. For clarity, it is not the present Government that abandoned the project,” he added.