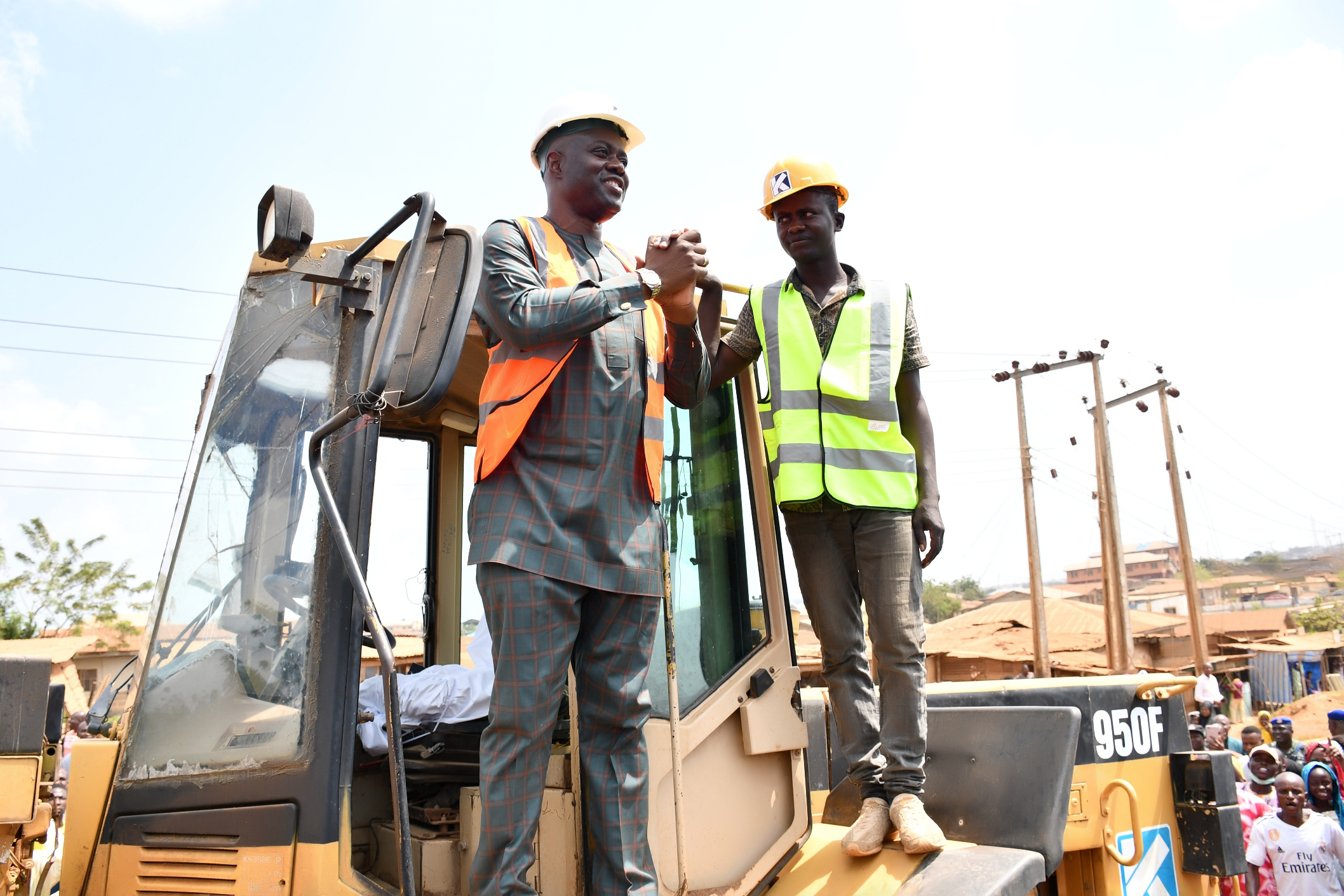 Oyo State Governor, Engineer Seyi Makinde, told his political opponents to wait till 2023 to face him at the polls.

The Governor, who was speaking while flagging off the reconstruction of the 65-kilometre Moniya-Ijaye-Iseyin Road, said that the people of Oyo State rejected the main opposition party in the state because they did nothing to develop the state.

A statement by the Chief Press Secretary to the Governor, Mr. Taiwo Adisa, quoted Makinde as saying that even though the previous administration awarded the contract for the rehabilitation of the road, the job was not done while the money released was shared for the purpose of elections.

“We have told them to meet us in 2023,” Governor Makinde said, adding: “Though they got money, they did nothing. They spent the money on elections but did you vote for them? If they come to ask for your votes, will you vote for them?”

The Governor further stated that he was determined to execute the Road contract as a way of fulfilling his campaign promise.

He said: “I appreciate you for giving us the opportunity to serve you. During our campaign from here [Moniya] to Oke-Ogun, I promised that I will reconstruct the road if I become the Governor and, today, I am happy that it is the same project we are flagging off.

He restated the resolve of his administration to construct infrastructure that will target the State’s economy, adding that when completed, the road, which is quite close to ongoing Dry Port project at Olorisaoko, will aid the movement of agricultural produces and mineral resources from Oke-Ogun area to the Dry Port for onward exporting.

The 65 kilometre road is being executed by KOPEK Construction Company, at the cost of N9.9 billion.

The Governor, who described the road as an important one that can uplift the economy of the State, said his Government was embarking on the total reconstruction of the road as opposed to the planned rehabilitation by the immediate past administration.

He berated how the road had been abandoned for years, culminating in loss of lives and properties as well as the destruction of farm produces due to the deplorable condition of the road.

The Governor further said: “On this project, we are not talking about patching but total reconstruction of the road. I know you are all aware that there is a Dry Port project ongoing here in Olorisaoko. So, when they are conveying agricultural produces and solid minerals all the way from Oke-Ogun, this is the point where we will be exporting them.

“You can recall that I also promised that the money we will spend on infrastructure will be targeted on expanding our economy and this road is a major road that can boost the economy of Oyo State. When we got into office, we discovered that the money that was awarded to carry out the road project was shared among those who held offices in the past administration. They spent the money on campaign and the last election and, upon that, you did not vote for them.

“This road was abandoned for eight years. Countless number of people have died on the road. Time has been wasted. In 2015, during the electioneering campaign, we had accident on this same road too but we thank God that no life was lost. It was because of that incidence that made me promise that if I eventually get the people’s mandate to serve the state, we won’t spend beyond 45 minutes to reach Iseyin from Moniya in the morning, afternoon and night. We will also mobilise security operatives to be patrolling the road.”

He added that the challenges being faced by road users plying the road would be over in 12 months, charging the contractor, KOPEK Construction Company to deliver to time and to make sure it employs youths in the beneficiary communities as workers during the construction in order to create jobs for the teeming youths.

He said: “I want to assure you my people in Akinyele and Oke-Ogun, jobs are coming. Be united and be ready to work because being able to work is the antidote to poverty. I want to implore the contractor, KOPEK, to employ our youths. We want Oyo State’s money to remain in the State. I also want to tell the youths too to cooperate with the contractor. Try and be organised so that you can be given jobs that can give you earnings within the next one year.

“We don’t want this project to be abandoned again and that was why we had to make upfront payment of 60 per cent to the contractor. We want Messrs KOPEK Construction Company to complete this project within a year. By this time next year, I am coming to commission the road.

“I implore you all from Moniya to Iseyin to take care of the road. The standard of the road we want the contractor to do is the one we will adopt throughout the whole of Oyo State. For those who are familiar with Engineering work, 40mm is the thickness of the asphalt they did before but we have instructed the new contractor to make it 50mm because we expect that trailers will begin to ply through the road after completion.”

Earlier, the Commissioner for Public Works, Infrastructure and Transportation, Professor Raphael Afonja, stated that the goal of the State Government was to have the contract completed in 12 months, noting that the project “was conceived to bring the much-desired uplift to Oke-Ogun zone as the food basket of state in particular and Nigeria in general. It will also contribute significantly to improving socio-economic activities in Oke-Ogun zone in particular and Oyo State generally.

Afonja added: “The project in its earlier conception by the last administration was for limited rehabilitation, it has now been upgraded to a total reconstruction. The asphaltic surfacing has been increased from 40mm to 50mm and the stone base from 150mm to 200mm to provide a more durable road that will stand the test of time. We have also made provision to correct the inadequate system that was observed in the initial design of the road.”