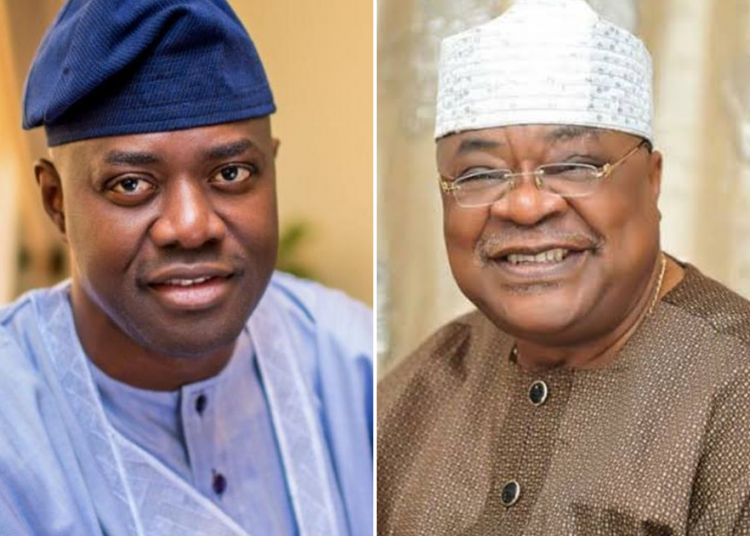 352
SHARES
5.6k
VIEWS
Share on FacebookShare on TwitterShare on WhatsApp

Alao-Akala, who described the NUC decision as a welcome development, said he had been vindicated by the NUC as he started the process of getting the university solely for Oyo State.

The former governor in a statement said the final resolution of the ownership tussle between the former two owner states, though long over due, had finally put an end to the age long crisis that has bedevilled the institution which has had a damaging effect on the educational pursuit of students of the institution.

Alao-Akala under whose administration as Governor of Oyo State the move to take over the ownership of the institution was initiated commended the duo of Governor Oyetola of Osun state and his Oyo state counterpart, Mr Seyi Makinde for allowing reason to prevail and for putting the interest of the students whose education has been in jeopardy for so long into consideration without allowing political interest or party affiliation destroy the unity and progress of Yoruba land.

While also commending the NUC for its role in the final settlement and eventual take over of the institution, Alao-Akala advised the Oyo state Government to immediately set machineries in motion to ensure the school returns to its pride of place as the foremost technology school in Nigeria which was the initial vision of the founding fathers.