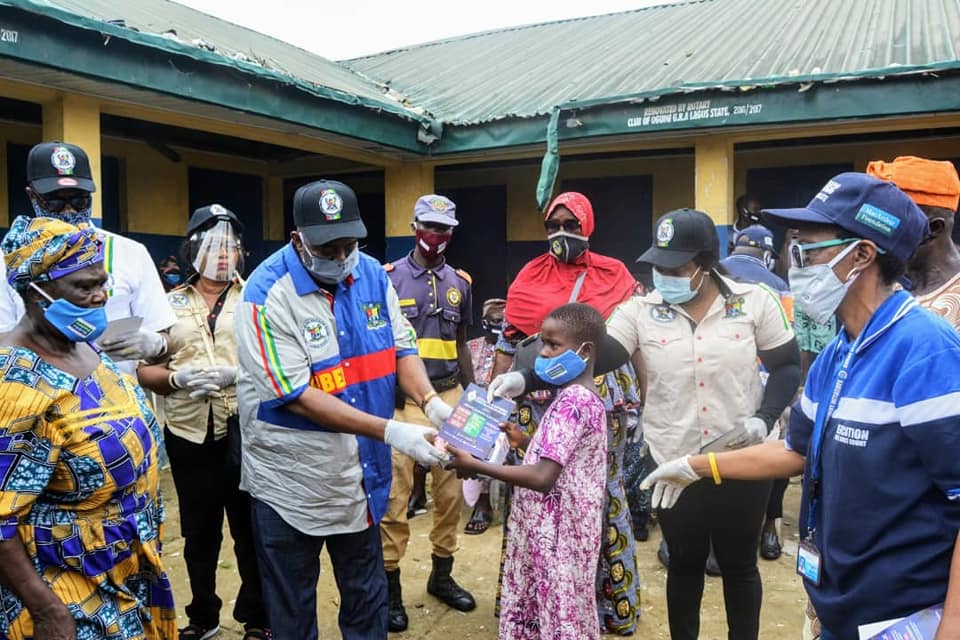 The Lagos State Universal Basic Education Board (LASUBEB) and the Human Development Initiatives (HDI) have distributed hand-held radios and facemasks to pupils in Agboyi-Ketu Local Council Development Area as part of efforts to ensure that no child is left behind in the access to quality Basic Education in Lagos.

Speaking at the exercise, the Chairman of LASUBEB, Mr. Wahab Alawiye-King, implored parents to ensure that their wards use the radios as intended by the Board, saying the gadgets are primarily meant for the pupils to participate in Interactive Radio sessions while schools remain closed due to the Coronavirus pandemic.

Alawiye-King expressed confidence that by utilising the radio sets, pupils in the hard-to-reach communities will gain access to the radio classes despite residing in remote areas.

While acknowledging that some homes lack television and radio sets, Alawiye-King said the partnership with Human Development Initiatives, HDI, was formed to provide learning support to less-privileged families and their wards.

The Lagos SUBEB Board Chairman also distributed flyers containing the daily schedules of the State television and radio education programmes, pleading with the parents to monitor their children and ensure that the donated items are fully utilised.

Also speaking at the occasion, Mr. Sijuade Idowu-Tiamiyu, the Permanent Board member in charge of Social Mobilisation, said the exercise was in fulfilment of the administration’s commitment towards equitable access to quality basic education in Lagos State.

In her address at the ceremony, the Executive Director of HDI, Mrs. Funso Owasanoye, revealed that about 500 homes with at least a pupil in riverine areas will be presented a hand-held, battery-powered radio, charging the parents to always assess their kids after every class.

The Baale of Agboyi, Chief Taiwo Lamina, commended the State government and HDI for considering his community in the outreach, just as he promised to ensure that the children use the equipment for educational purposes.