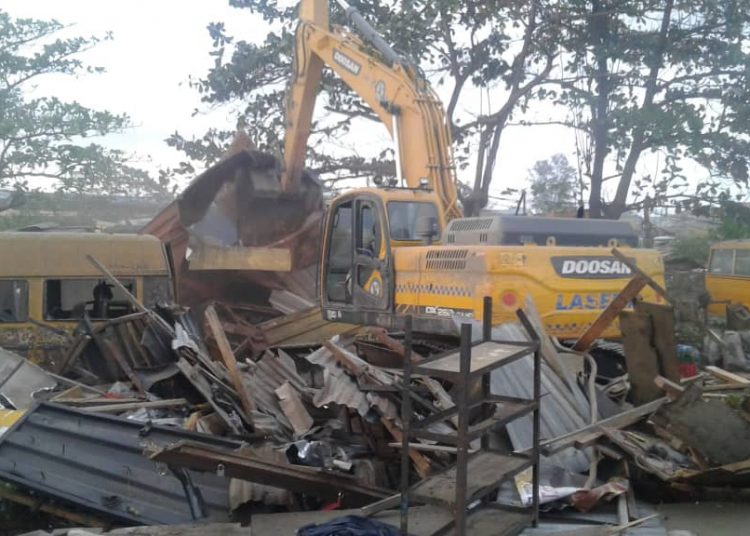 345
SHARES
3.5k
VIEWS
Share on FacebookShare on TwitterShare on WhatsApp

Speaking on the exercise, the Chairman of the Agency, CSP. Olayinka Egbeyemi, stated that the demolition exercise became imperative following the degradation of the environment by miscreants and illegal traders, particularly within the vicinity of the mosque.

He disclosed that relevant stakeholders, including Alhaji Musa Muhammad Dogon Kadai, the Sarki of Agege, were notified before the demolition of the illegal shanties and kiosks took place.

According to him “The Mosque had been sealed for over four months due to the attack on officials of the Lagos State COVID-19 Taskforce by some worshippers while enforcing the lockdown directives by the State and Federal Government”.

“The area has since become an eyesore and a security threat to law-abiding residents, including innocent members of the public, as the entire vicinity and the surroundings of the mosque had been occupied by miscreants and illegal traders”, he added.

CSP. Egbeyemi assured members of the public that the Agency will continue to enforce both the Lagos State Environmental Law and Lagos State Traffic Reform Law of 2018 to achieve the T.H.E.M.E.S agenda of the present administration.