But the PDP in its reaction said the juedgement is a travesty of justice adding that ” We view the judgment as surprising and shocking, considering the critical evidence presented before the court

Below is the reproduced copy of the statement

Our party has received news of today’s ruling of the Kwara State Governorship Election Petition Tribunal, which we believe is a travesty of justice. We view the judgment as surprising and shocking, considering the critical evidence presented before the court.

We, however, await briefing from our legal team after they must have carefully studied the judgment. Thereafter, the party and our governorship candidate, Abdulrazaq Atunwa will take a position and communicate same to the public.

Meamwhile, we urge our members and supporters to remain calm and not to despair over the judgment, as we strongly believe that justice will be served at the end of the day. Falsehood can and must not be allowed to prevail over justice. 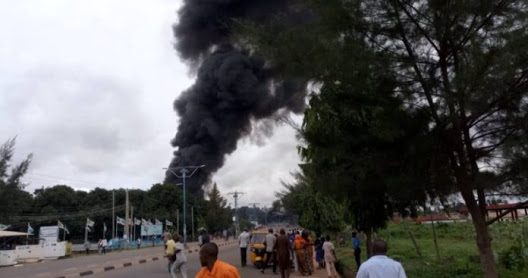 Scores Dead, Many Injured As Gas Explodes in Nasarawa

Two Dead As Trailer Ram into Motorcycle in Ogbomoso