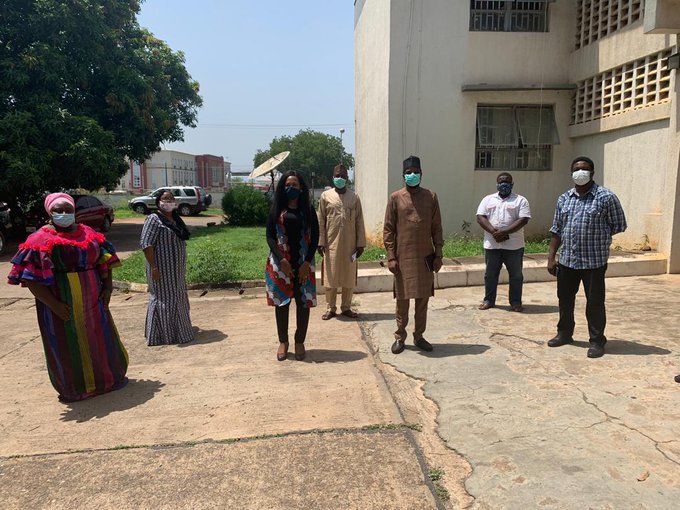 kWASSIP Officials with commissioner for finance

51
SHARES
323
VIEWS
Share on FacebookShare on TwitterShare on WhatsApp

in an attempt to cushion the effects of lockdown and support business owners, Kwara State Government has released the sum of Three Hundred Million Naira for the State’s Social Investment Programme  which targets the poor

Commissioner for Finance and Planning, Mrs Oyeyemi Olasumbo Florence, disclosed this when she received the KWASSIP Anchor Mohammad Brimah and some members of his team in her office on Monday.

Oyeyemi said the money released for the programme, which is just one of the many people-focus policies of the AbdulRahman AbdulRazaq administration, was meant to fund the safety net initiative targeted at the poorest of the poor, including the aged, the widow and others at the lowest wrung of the economy.

“This is to lift as many people as possible out of the poverty line,” she said, adding that at least N100m would be disbursed this week to roughly 20,000 transport workers in the state as “Òwó Ìsówó in form of soft loan that was designed to lessen the effects of the lockdown on local transporters.

He said the disbursement would soon be extended to other categories of beneficiaries captured under the KWASSIP law.

Brimah, for his part, commended the government for what he called a laudable programme that he asserted would cut down poverty rate, saying that the disbursement of the money would begin later this week.

Brimah said the disbursement would as enumeration continues for other programmes across various coal government areas of the state adding  that the KWASSIP would do its best to make the programme a huge success for the state as envisaged by the Governor.

The Governor had recently said that the administration would scale down capital projects and overhead costs but would prioritise high-impact projects and social spendings to cater for the masses in the face of dwindling revenue.