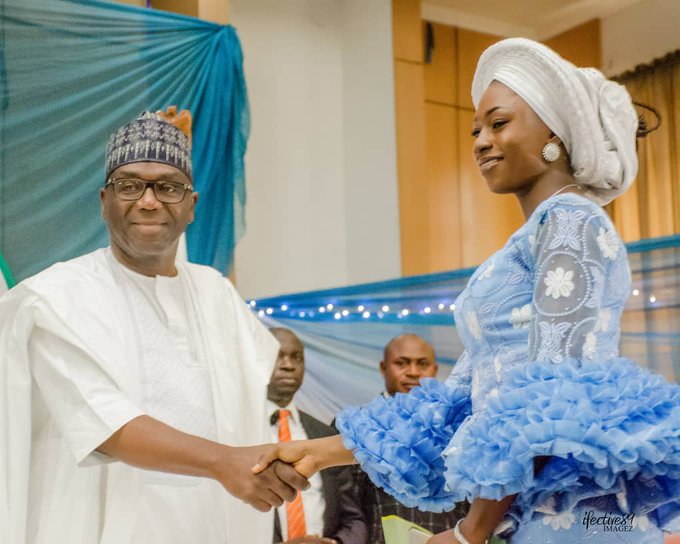 32
SHARES
386
VIEWS
Share on FacebookShare on TwitterShare on WhatsApp

Kwara State Governor AbdulRahman AbdulRazaq on Friday inaugurated and called on his cabinet members to consider what legacies they would like to be remembered for in the discharge of their duties, saying the administration has a historical duty to change the narrative about the state.

He also sworn in members of the Civil Service Commission and the Deputy Chief of Staff Adebukola Risikat Babalola whose appointment was announced earlier Friday. He had earlier also named Architect Kale Belgore as Senior Adviser and Counsellor.

“Let me remind all of you that we are not necessarily the best out of the 3.5m people in this state. However, providence has placed on our shoulders the historic responsibility to take our people out of Egypt and safely into the Canaan land,” AbdulRazaq said at the inauguration ceremony at the Banquet Hall which was filled to the brim.

“This task requires focus, patience, sacrifice, tact, speed, and constant supplication to God Almighty to guide us every step of the way. We must engage, listen, and relate well with our people whose mandate has brought us here. In doing so, we must see the whole of Kwara as our constituency.”

The event was attended by hundreds of Kwarans and top government functionaries, including the Deputy Governor Kayode Alabi; Speaker of the House of Assembly Salihu Danladi Yakubu; Representative of the Chief Judge Justice Bayo Yusuf; Grand Kadi of Kwara State Ola Abdulkadir; principal officers and members of the House of Assembly; Secretary to the State Government Prof Mamman Jibril; Head of Service Modupe Oluwole; and Chief of Staff to the Governor Aminu Adisa Logun.

The Governor reminded the cabinet members of the need to always relate well with the public and to work together as a team, “stronger together, each watching the back of the other.”

He added: “The recent retreat has offered you a clearer picture of where Kwara stands today and where we are headed as a team. Whatever assignment given to you must be done with all sincerity. Think always about what you want to be remembered for when you leave this office.

“Our team is faced on the one hand by high expectations of a populace long deprived of good governance and on the other by detractors who may never see anything good in whatever we do or stand for. But rest assured that the only obligation before us as a team is to prove the naysayers wrong and deliver on our mandate to the people of Kwara State.

“We are to build a state that is viable, accountable, inclusive, responsive to the basic yearnings of its people, and is equipped with the necessary infrastructure and institutions to meet the challenges of the 21st century, while also welcoming constructive criticism to make us better at what we do. Iseya!”

The Governor meanwhile has assigned portfolios to the commissioners and the Special Advisers.