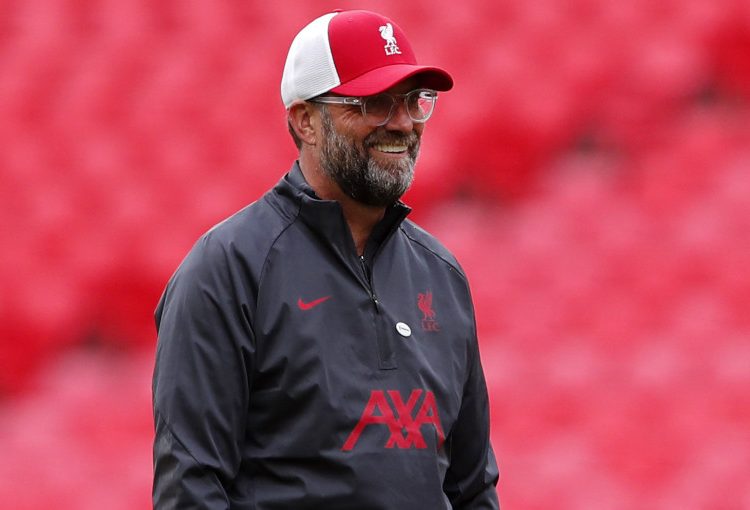 579
SHARES
4.9k
VIEWS
Share on FacebookShare on TwitterShare on WhatsApp

Liverpool’s Coach, Jurgen Klopp has confirmed that he has three options to fill in at centre-back after Liverpool lost Fabinho to injury.

The Brazil international, who slotted into the defence to cover for the injured Virgil van Dijk, limped off in the first-half of Tuesday’s Champions League win against Midtjylland on Tuesday.

Rhys Williams, 19, replaced the 27-year-old and impressed the Reds boss as his side ran out 2-0 winners at Anfield.

According to goal.com, he however insists the England Under-19 international is not the only one who can be trusted to partner Joe Gomez at the heart of the back line, with 23-year-old Nathaniel Phillips and Billy Koumetio, 17, also available.

He told reporters: “[Williams] did really well. The only problem we have now is unfortunately we have four days to the West Ham game and you will make every day a story of him and then he has to prove he can deal with that as well because before everything was calm around him. We try to do that as well.

“Won both games on top of that, which is pretty exceptional. He did well, everything looks promising.

“Apart from Rhys, we still have Nat Phillips, who for the reason that we thought he might make a transfer to another club, he is not in the Champions League squad, which is strange – but he is a centre-half as well.

“Billy [Koumetio] the kid, I’m not sure if he can train now tomorrow or not but he will be back in training. So, we have very young and inexperienced alternatives, and in the moment it looks like we have to choose one of them.

“I don’t know yet. But to be really clear and positive, Rhys was not in one situation tonight our problem, he played a really good game.”

Meanwhile, Liverpool will be in action again on Saturday when they host West Ham before continuing their Champions League campaign with a trip to Atalanta on November 3.