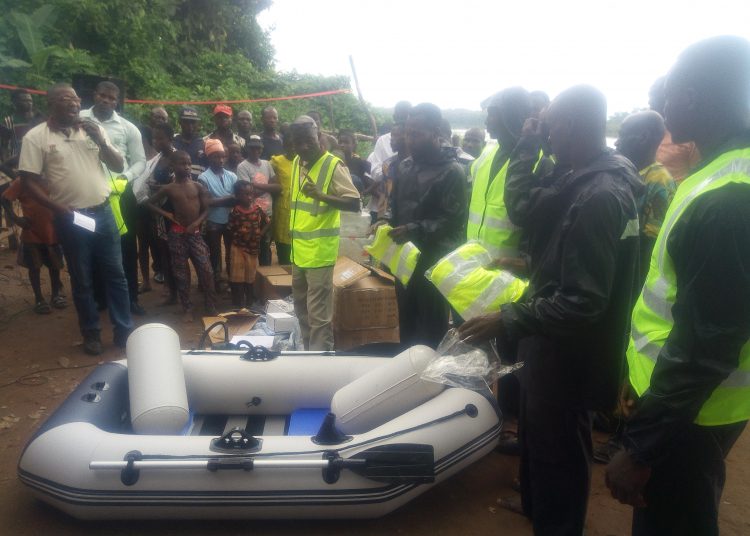 The training  which took place at  the bank of Eleyele river, had in attendance government officials which include the Commissioner for Environment and Water Resources, Chief Isaac Ishola.

The Commissioner in his speech explained that the Ibadan Flood Emergency Response Team was an activity initiated by the Ibadan Urban Flood Management Project in collaboration with Oyo State Emergency Management agency (OYSEMA).

He added that the team comprises of skilled men and women that would rescue lives, in the event of incidents, disclosing that they are raised from the eleven local government areas and the 14 Local Council Development Areas(LCDA) under Ibadan metropolis.

“Ibadan flood emergency response team is a community based and virtually self owned vanguard of rescuers, professionally trained, monitored and mentored by the Oyo State Emergency Management Agency”

The Project Coordinator of Ibadan Urban Flood Management Project, Adedayo Ayorinde in his remark said the essence of the team was to raise and train a team of volunteers from among residents of the town, improve their skills in emergency rescue operations during flood disasters, and empower them with the requisite knowledge and wherewithal to save human lives in the event of flood emergencies.

“Under this program, requisite equipment and kits have been procured and will be deployed to different parts of Ibadan for use, if and when the need arises. This team of volunteers will be trained with the equipment to simulate how to use them and ensure foolproof operations at actual points and places of deployment”, Ayorinde explained