The Olubadan of Ibadan land, Oba Saliu Akanmu Adetunji, Aje Ogungunniso 1 has said that the recent decision of crown-wearing High Chiefs to release his 11 months’ salaries which they have collectively withheld is an afterthought calculated to prevent backlash of their unlawful action.

Oba Adetunji stated this  on monday at his Popoyemoja, Ibadan palace in reaction to last Monday’s decision of the embattled High Chiefs, saying each of the 11 Local Government Traditional Councils in Ibadan is a creation of law and its operation is governed by rules and not by force.

He stated that it was in line with Section 76 of the Local Government Law Cap 78 Laws of Oyo State 2001 that he wrote a letter dated 16th July, 2018 to all the secretaries of the Local Government Traditional Councils where salaries of  palace workers and Olubadan were withheld to suspend payment of fees and allowances to members of the traditional councils, adding that copies of the letter which he wrote to the traditional council secretaries had since been sent to the Oyo State Attorney-General and Commissioner for Justice, Commissioner for Local Government and Chieftaincy Matters as well as the Chairmen of Local Government Councils concerned, to keep them fully informed and ensure compliance.

The monarch in a press statement signed by  Personal Assistant / Director of Media and Public Affairs Adeola Oloko, maintained that  if any payment were to be made henceforth, the secretary of the Local Government Traditional Council would have to obtain clearance from the Olubadan, adding that secretaries who disregard the directive would face the wrath of law.

According to him, the extant law does not compel Olubadan to post any High Chief to any particular local government traditional council, adding that anybody-be he high, senior or junior chief could represent Olubadan at the council.

Oba Adetunji stated further that as President of the 11 Local Government Traditional Councils in Ibadan land, the Olubadan has the right to go and preside over the meetings of each council directly by himself and may likely resort to this at a later date.

He hailed the people of Ibadan for their understanding and cooperation. 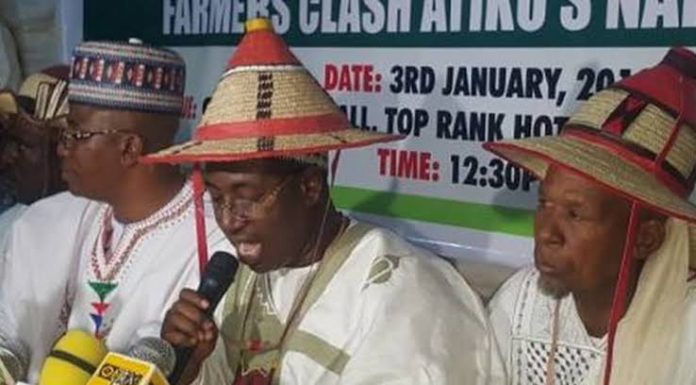 Are Ona Kakanfo in Council Raises Concern Over Insecurity in Yorubaland