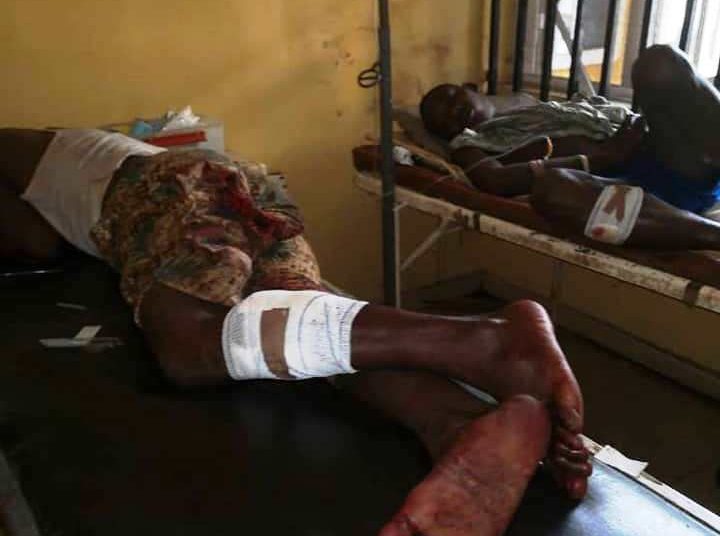 Some of he victims receiving treatments

302
SHARES
10.4k
VIEWS
Share on FacebookShare on TwitterShare on WhatsApp

The purpose of #EndSARS protest which was solely to agitate for good governance and better welfare for the citizens seems to be overwhelmed  with the activities of hoodlums who consider the action of the youths as an avenue to make cheap  money.

Apart from creating unnecessary roadblocks and  extorting money from the commuters and other road users who want to have their way, these hoodlums also brandishes weapons and ready to fight anyone who proves to be adamant.

It  also was gathered that police opened fire at hundreds of youth during #EndSARS protest Tuesday morning.

As a result, some thugs launched an attack on a police station in Ojoo, Ibadan.