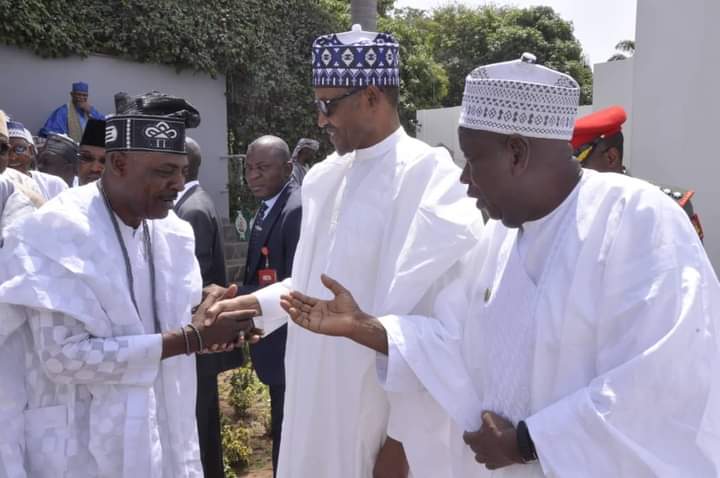 628
SHARES
3.1k
VIEWS
Share on FacebookShare on TwitterShare on WhatsApp

Amid funfare and jamboree, the ancient palace of the Emir of Kano was agog as eminent personalities from far and near gathered at the palace on Thursday, 12th November, 2020 to witness the turbaning/installation ceremony of an Ibadan born entrepreneur and philanthropist, Engr. Muritala Alimi Otisese as Seriki (Oba) Yoruba of Kano performed by the Emir of Kano, His Highness, Alhaji Aminu Ado Bayero. 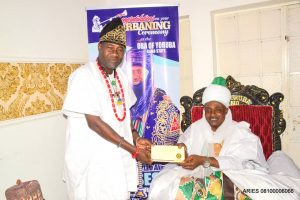 At the colourful ceremony, Engr Muritala Alimi Otisese was turbaned and installed as Seriki (Oba) Yoruba of Kano to succeed the first Seriki, Oba Abdulahi Saliu Olowo who relinquished his position because of old age. 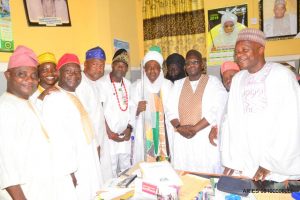 In his goodwill message at the ceremony, the Oyo State Governor, Engr Seyi Makinde who was represented by his Special Adviser on Tourism and Culture, Hon. Akeem Ademola Ige, congratulated Seriki (Oba) Muritala Alimi Otisese on his turbaning/ installation. 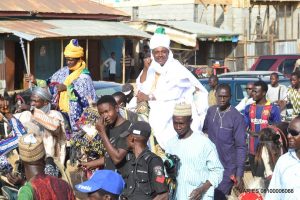 Hon. Ige, who is also the Baameto Aare Ona Kakanfo of Yorubaland, stressed that Engr Seyi Makinde led government in Oyo State was committed to ensuring harmonious relationship between and among every ethnic groups living in the State, adding that this is the reason why he appointed Kano born indigene, Alhaji Murtala Ahmed who hails from Nasarawa Local Government area of Kano State as his Special Assistant on Community Relations 1, (Arewa community), to serve as link between the Hausa/Fulani community in Oyo State and government especially in the face of farmer-herdsmen crisis. 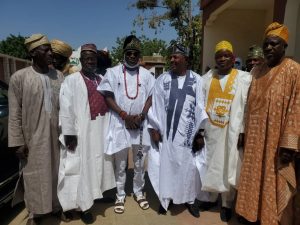 While congratulating Oba Muritala Alimi Otisese on his turbaning/installation as the Seriki Yoruba of Kano, the Governor disclosed that his appointment as the Oba Yoruba is a well deserving one, owing to the fact that during his position as the second in command to the formal Seriki Yoruba, the Yorubas experience unprecedented development in their chosen endeavours couple with the fact that peaceful co-existence is reigning supreme among the Yorubas and other communities.

In his remarks shortly after his installation, Oba Muritala Alimi Otisese expressed his appreciation to the Oyo State Governor, Engr Seyi Makinde for his support and encouragement, stressing that the effect of good governance currently going on in Oyo State under Governor Makinde is being noticed all over the country.

He equally extended his appreciation to the Kano State government, the Emir Kano, Alhaji Aminu Ado Bayero, all the Yoruba traditional rulers including the Ooni of Ife, Oba Adeyeye Enitan Ogunwusi, Alaafin of Oyo, Oba Lamidi Olayiwola Adeyemi, the Olubadan of Ibadanland, Oba Saliu Akanmu Adetunji, Yoruba indigenes living in Kano and other communities for their support towards his turbaning/installation ceremony.

Oba Muritala Alimi Otisese who promised to reign over all Yoruba indigenes living in Kano State with the fear of God irrespective of the State they came from, however, solicited the support of the government from all the South West States including Kwara, Kogi and Delta States for all their indigenes living in Kano State to benefit from good programmes in their respective states.

Oba Muritala Alimi Otisese is the Chief Executive Officer of MAO Electrical/Technical Engineering company located in Kano, Niger, Abuja and Oyo State and he is the current Chairman of Licensed Electrical Contractor Association of Nigeria (LECAN) in Kano State.

He was appointed as the second in command to formal Seriki (Oba) Yoruba of Kano, Oba Abdulahi Saliu Olowo who hails from Ilesha in Osun State on 13th October, 2018.

The three days programme that started on Wednesday 11th November, 2020 was rounded off with a special Jumat service at Nawairuden Society mosque, Niger road, Sabongeri, Kano where special prayers led by the Chief Imam of the mosque, Sheik Sakirudeen Olaide were offered for the peaceful reign of the new Seriki, Kano and Oyo State government, Kano emirate and Nigeria as a whole.

Highlight of the event was a cultural display by the Hausa, Yoruba and Igbo communities, traditional homage paid to the new Seriki by the community, religious, market leaders, security personnel and other dignitaries.