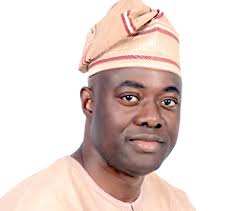 In a statement issued by the Seyi Makinde organisation and signed by Prince Dotun Oyelade, Engr Makinde said that the demise of the institution is political and That he is in custody of the document that misled the Supreme Court from ceding the University to Oyo state in 2010.

He said apart from being a cradle of knowledge and recognised internationally before its politically induced problems, Lautech served as the number one commercial concern in Ogbomosoland that gave vent to the famed industry of indigenes and residents alike.

Seyi Makinde said that a permanent solution must be found to stabilise the over 50.000 students and 1.200 staff

On his plans for Oke ogun area Makinde said that a strategic proportion of the Ministry of Agriculture will relocate to Oke ogun and ibarapa to actualise and monitor government plans for the area’s food and cash crop potentials, while infrastructures in Ibadan and Oyo areas will be consolidated.