Former Vice President of Nigeria, Atiku Abubakar restated the claim that he is better qualified to be elected president of the country in the 2019 elections.

The former Vice President was in Enugu State on Thursday, where he made the claim at a meeting with stakeholders of the Peoples Democratic Party (PDP) ahead of the presidential primary election of the party.

The delegation that followed Atiku, led by the Director General of his presidential campaign Organization and former governor of Ogun State, Otunba Gbenga Daniel, was received by a large crowd of supporters of the PDP and notable bigwigs of the party in Enugu State.

Atiku, while addressing stakeholders of the party reinstates the position that he is most qualified among the likely contestants for president in the 2019 based on his record of achievement when he was Vice President and his credential as a creator of jobs.

According to him, “the 2019 election is not merely another presidential election. 2019 is about an opportunity to restore vibrancy to the economy. It is an opportunity to get Nigeria working again. I present myself to be elected president based on my experience as Vice President when our economy was creating more jobs, my experience as an entrepreneur of note and my credential as a detribalized Nigerian.

“These are challenges to which I have a track record of experience and capacity to handle better than any of the other contenders for president in next year’s election.

“I am experienced. I have served as the Vice President and chairman of the National Economic Council when the economy of this country was growing at 7 per cent. In my private capacity and to the glory of God, my companies here in Nigeria have created thousands of jobs for Nigerians.

“At a time like this when Nigeria is going through division everywhere, my record as a detribalized Nigerian speaks for me. I have my investments dotted in the landscape of Nigeria and I stand for a united, peaceful and prosperous country for all,” Atiku said.

The foremost PDP president contender however urged the gathering to make sure that they get registered to vote.

He said: “This election is very important than the others before it. Make sure you get your PVCs to enable you vote, and when you vote make sure that you protect your votes.”

The deputy state chairman of the PDP in Enugu State, Hon. Innocent Ezeoha  who led the delegation that welcomed Atiku said he stood in for the state’s party chairman who was unavoidably absent.

Ezeoha in his remark said that “by the grace of God and with the support of Nigerians, Atiku will be the next president of Nigeria.”

Other party bigwigs who received Atiku include the state’s party secretary, Mr. C.C Akalusi, Senator Hyde Onuaguluchi, Chief Ejiofor Onyia, Hon. Chukwudi Ezeala and a member of the Board of Trustees of the party, Chief Sally Egbu.

After meeting with the State Working Committee of the party, Atiku proceeded to the Government House for a private meeting with Governor Ifeanyi Ugwuanyi, and from there went to commission his campaign office at Ogui Road. 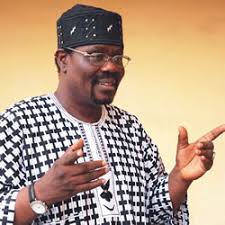 My Convinction on The Constitutional Amendment 2020 – Kayode Ajulo, PhD

Buhari must govern physically not through proxies ,Says Fayose