The Peoples Democratic Party (PDP) has asked Nigerians and the international community to hold the All Progressives Congress (APC) and the Federal Government responsible should the nation’s democracy fall under any harm in the coming days.

The party said this on Sunday in a statement by its National Publicity Secretary, Kola Ologbondiyan.

It also warned that any attempt by anybody to forcefully take over the control of the National Assembly is a direct recipe for crisis and anarchy.

The PDP claimed that the APC had planned to flood the National Assembly with plain clothed, armed security operatives to forcefully takeover its leadership.

Earlier, it had said that the President’s vacation to the UK was part of the plans to overrun the National Assembly.

It, however, noted that “Nigeria as a nation will never allow such direct assault to the highest symbol of our integrity as a democratic state.”

“The laws of our nation regarding the sanctity and sovereignty of our legislature are clear and our citizens will never allow any person or group of persons, no matter the circumstances, undermine the constitutional integrity of the legislature as representatives of the people.

“Any attempt to tempt the will of the people in this direction is a clear recipe for very serious crisis,” it said.

The PDP further stated that according to the Senate Standing Rule (2015), the Senate President reserves the right to reconvene the Senate and any action contrary to that would be regarded as a coup.

“The laid down rules for reconvening the Senate whenever it is on recess, which must be followed when it becomes compelling to reopen the Senate on a date order than the earlier adjourned date, are clear and direct.

“In such a circumstance, Order 12(2) of the Senate Standing Rule (2015) clearly vests such powers and functions on the Senate President, who shall give notice of such new date and time.

“Anything outside the provision of the law is a direct coup not only against the National Assembly but also on our entire democratic system. It is a clear recipe for anarchy of monumental proportion capable of disarticulating our nation,” the party said.

It, therefore, called on all Nigerians to be at alert, stand up for democracy. 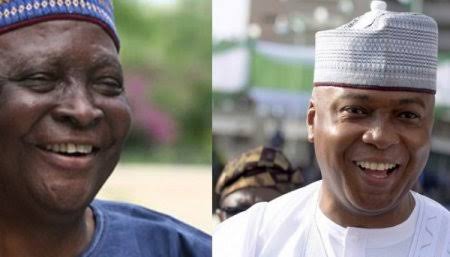 Bukola – Greater Son of a Great Father by Moses Olorode