Home News Health Minister,Adewole sympathizes with Aregbesola over mum’s death
Share on Facebook
Tweet on Twitter
The Honourable Minister of Health, Prof. Isaac Adewole has condoled with The Governor of The State of Osun, Ogbeni Rauf Aregbesola on the demise of his accommodating mother, Late Alhaja Saratu Aregbesola who died early this morning.
In a condolence message issued by the media office of Prof. Adewole and signed by Samson Owoyokun, it reads, “At a glance through a robust conversation, you can conclude and mirror the profound affection and intimacy between Mr. Governor and his late Mother, who he has several times described as the foundational pillar of his political fortunes”
I remember with nostalgia the soothing words he specifically used in eulogizing the pains and suffering of motherhood about Alhaja during his recently concluded 60th birthday celebration, these remarks of great tribute depicts a worthy life well lived and spent.
We mourn but we are consoled by the touch of guidance, excellence and deep understanding through practical approach to moral and religious upbringing of godly children as exemplified by our amiable Governor, this is indeed the pride of an African woman.
The concluding part of the message reads “My heart goes to the immediate and extended family of Governor Aregbesola, I equally pray The Almighty Allah grant them all the fortitude to bear the irreplaceable loss and accept the deceased soul to Al – Janah Firdaws
ALSO READ  Sex for Mark Scandal, Sacked OAU Lectured Lands in Prision 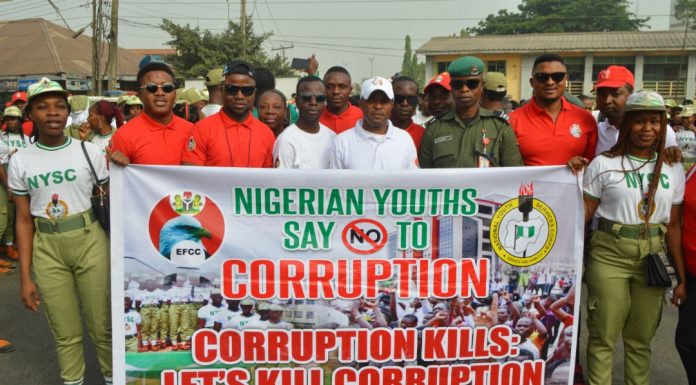 How Corruption Fuels Insecurity, By Magu

Osun 2018: We Are Set and Ready-Gboyega Oyetola

Bad Time Will Soon be Over in Ekiti- Bamisile Tells...