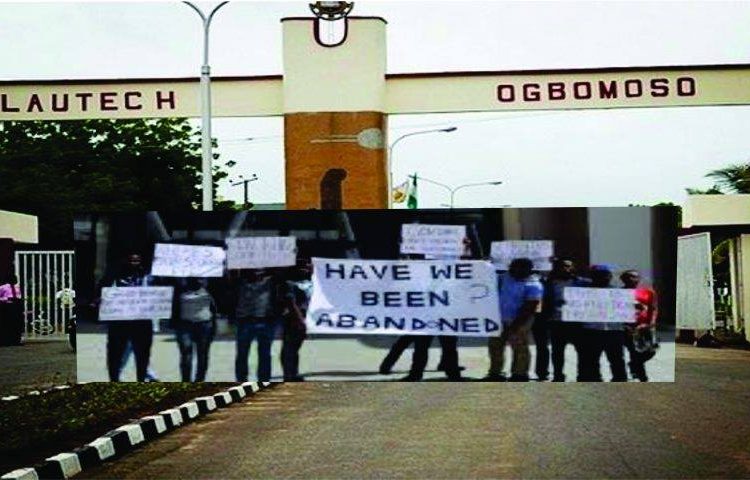 435
SHARES
4.5k
VIEWS
Share on FacebookShare on TwitterShare on WhatsApp

Few days ago, I was at Oyo State Government Secretariat where I had encounter with Barr. Lasun, Commissioner in charge of Education in Oyo State, with him was Comr. Laurel, the gallant SUG President of LAUTECH that stood his ground against all Constituted Authorities during the titanic struggles, I heard Laurel when he asked the Commissioner about LAUTECH resolution, the Commissioner responded that he shouldn’t worry that it is already a done deal. I only wished the good day could come sooner.

Just Yesterday 20th of November, 2020, the good tidings we waited to hear for many years came to us as a surprise gift, the Nigeria University Commission heralded that the unholy matrimony that has turned LAUTECH to moribund institution was divorced, while Osun State got her fair share by having the Teaching Hospital, Oyo State becomes the Sole Owner of the University, it is a time to make LAUTECH great again. We must extend our appreciation to Governor Oyetola of Osun State for his cooperation.

For those that don’t know much about the fracas in LAUTECH, the protracted crisis that emanated from the joint ownership of the institution made many students to become academic orphans, LAUTECH that was once the best State University was turned to a theater of strike, the former Governor of Oyo State, Abiola Ajimobi earned his popular title, Constituted Authority during an altercation between him and students from LAUtECH.

No doubt, LAUTECH is very dear to everu sons and daughters of Ogbomoso, the institution preserves the memory of one of our unsung hero, the first Premier of Wetern Region after Independence, Samuel Ladoke Akintola, the institution is also not unconnected with Ogbomoso economy. Otunba Alao Akala understood how important the Institution was to the Ogbomoso people, he tried to save the school from impending peril by trying to demand a divorce from Osun State, the mission he could have completed if he had won second term, but the rest is history.

I will not be timid to assert the fact that Late Abiola Ajimobi led the most ruthless administration in the history of Oyo State, especially in education sector, activities in LAUTECH was paralyzed for years which inadvertently but consequentially affected he economy of Ogbomoso whose people are mainly thriving on agricultural activities, our brothers and sisters were on the street for years because of the imprudent action and decision of the State Government.

At the excesses and insensitivity of the State Government, I could remember that in July 2017, Comr. Solace as SUG President led more than 90 LAUTECH students from Ogbomoso to Abuja in a dangerous journey to demand Federal Government Intervention in their school, as PRO of Students in FCT Abuja then with my SUG President, Comr. Okeyekola, we also led battalion from University of Abuja to give solidarity for the struggle, all thanks to the former NANS President, Comr. Chinonso Obasi that also showed adequate concern to the plight of the students. From Nigeria University Commission to Ministry of Education and finally to National Assembly, we were all demanding an end to joint ownership of LAUTECH.

Just like I said earlier, I’m very sure that Otunba Akala would have gotten it for Oyo State if he had come for Second Term, but throughout 8 years of Late Abiola Ajimobi and having Bola Tinubu as Chancellor of the school, nobody cares about the plight of our beloved school and the students therein.

Alas, emergent of Governor Seyi Makinde rekindled the hope as he promised to get back the glory of LAUTECH and dignify the memory of our unsung hero, as a promise keeper, we trust GSM that he would do it, but we never expected that it would be this early, fortunate enough, GSM did the wonder within just 1 year and few months in Office. This is an everlasting Legacy, generations to come will always appreciate Seyi Makinde for this glorious achievement.