The Southern Kaduna Peoples Union, SOKAPU, National Youth Wing said for governor Nasir Ahmad El-Rufai to imposed a curfew in three local government areas even on Christmas day showed that he was bias.

The group in a statement signed by Nasiru Jagaba, SOKAPU Youth Coordinator maintained that peaceful demonstrators guided by security agents who were protesting against the unabated killings of Southern Kaduna villagers were stoned at the Emir of Jema’a palace junction which later resulted to violence.

For the governor to insist on enforcing curfew right in the midst of the celebration of Christmas simply showed his biased mind and acute insensitivity to the feelings of people of Southern Kaduna, the group said.

The group said further that  the governor avoided issues and harped on women that protested naked, adding that it was because of El-Rufai’s failure to do the needful that resulted in that extreme resolve by our mothers to protest naked.

“Governor El-Rufai insisted that he will continue to pay herdsmen who have been killing and terrorizing people in Southern Kaduna, but has he deemed it fit to pay a single person in Southern Kaduna who has been killed by his kinsmen?

“How can a governor of a sensitive state like Kaduna open his mouth to allege that the protest in Kafanchan was planned in a church? Where do the herdsmen sit and plan theirs – government House?

“El-rufai claimed that men of Southern Kaduna cowardly sent their women to protest instead of them but the governor has also cowardly flooded Southern Kaduna with security to arrest curfew breakers instead of sending them to go and arrest the killers of our people,” the statement explained.

SOKAPU said it was height of ‘cowardice’ for a governor to instigate the security men to arrest those who are trying to defend themselves rather than arresting those who have been killings them.

“Suddenly, Jema’a, Zangon Kataf and Kaura local governments have been flooded with security men, why were they not brought earlier to defend the people of southern Kaduna?

“Since emerging as the governor of Kaduna state, El-Rufai just couldn’t hide his raw contempt for the people of Southern Kaduna. Because for the first time, this flagrant discrimination bears no surprise as same El-Rufai once said on national- Channels TV during the Kad-Invest program that Kaduna state has a 70/30 percent of Moslems-Christians ratio.

“The Governor lied when he alleged that Southern Kaduna parents indoctrinate their children to hate Muslim rulers, but what he is currently doing and saying is worse than creating division in Kaduna state.

“He is deliberately fanning the embers of an ethno-religious crisis in Kaduna state. He has been the worst thing that has happened to Kaduna state in terms of statesmanship.

“His insistence that the killings in Southern Kaduna were a reprisal is the worst of all lies ever uttered by a governor. There was no record of any foreign Fulani killed in 2011.

“Come to think of it, how did Southern Kaduna become the meeting points of herdsmen from 14 different countries? The 24-hour curfew slammed on these three local governments isn’t anything but a punitive action.

“How did Zangon Kataf local government even get included? What did they do? Since the governor said the 24-hour curfew was due to credible security report of the possibility of a further breakdown of order, why didn’t the security also get credible report of impending attacks on our villages all these while?

“The Governor is aggrieved, nay, very angry that our people are rising up to defend themselves against those who have been attacking them at night.

“No one in his/her right senses will sit by docilely while criminals kill him and his family. That will be tantamount to committing suicide. No! So, Mr. Governor, since you have given compensation to your brothers the Southern Kaduna people will not sit down and allow themselves to be killed by your brothers.

“No amount of threats of arrest will stop our people from defending themselves against murderers and arsonists. If the Governor doesn’t want us to defend ourselves, then he should do the needful,” the statement noted. 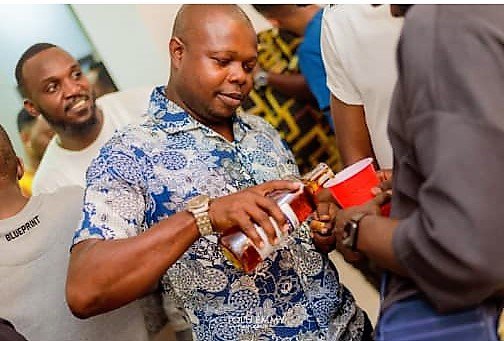