Governor Seyi Makinde Time To Be Your Own Man. By Wasiu Odewale 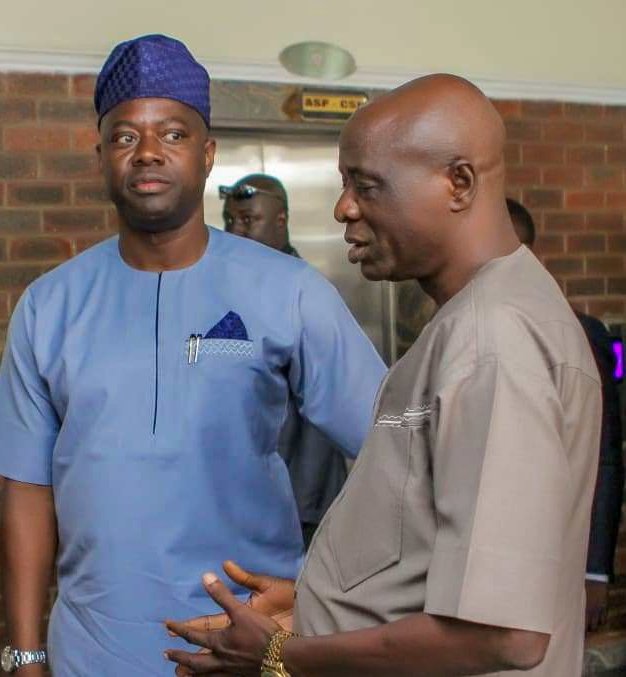 112
SHARES
360
VIEWS
Share on FacebookShare on TwitterShare on WhatsApp

Abraham Lincoln, one time President of the United States of America, quoting from the Bible, said “a house divided against itself will not stand”. This is how it seems with the administration of His Excellency, Engr. Seyi Makinde of Oyo state. It is apparent that the in-fighting inside the administration, between certain gladiators, is much more than what is coming from the opposition.

The above is especially true judging by the rumored rift between the Governor and his Deputy, Engr. Raufu Olaniyan. The house, it seems, is divided against itself and things may soon fall apart. This situation, if not stymied, is capable of whittling down the electoral fortunes of the government in future. As John Mayor, former Britain Prime Minister noted, “disunity cost votes”.

It is common knowledge that the purported impeachment attempt of the Deputy Governor was orchestrated by Hoseah Agboola, without the governor’s knowledge.

It seems the Senator, who has a history of not only betraying those whom he worked with in the past both also have a penchant for destabilizing any government he has been part of ( eg former governors Senator Rashidi Ladoja and Otunba Alao Akala etc ) is at it again. This time, he is looking to shift the governor’s gaze from himself, who nurses governorship ambition, towards the Deputy Governor. His thinking is that if he succeeds in destroying the relationship between the governor and his deputy, the governor would be a sitting duck.

“Igi woroko”, as the Chairman of the Advisory Council is also known, is the one who is pitting the governor against his deputy.

Governor Seyi Makinde, no doubt, is aware of Engr. Raufu Olaniyan’s pedigree that was why he chose him as his running mate. He knew what they could both achieve to the betterment of Oyo state if they combined their strengths. However, a third force who is bent on making sure things do not augur well stands against this.

It is very shocking to many that Hosea Agboola has such a tight leash on the Governor, who ordinarily, has a mind of his own. That Senator Agboola has come thus far in his sinister scheming rankles not a few watchers of Oyo politics as it calls to question the governor’s ability to resist being manipulated. He has successfully alienated the governor from PDP party leaders in the state. Where is the likes of Hon.Mulikat Adeola former House leader of house of representative, Abuja an ally of the governor, Hon. Muriano Ajibola from Ibarapa and many other PDP stalwarts.

The onslaught against the Deputy Governor started from day one of this administration. It makes one wonder who is afraid of Olaniyan. Certainly not the governor, but those who are close to him. They are afraid because they know that with the experience of Olaniyan, it would be difficult for them to manipulate the governor who they consider as lacking the required experience to govern the state.

The governor should stop listening to lies and rumours about his deputy. The likes of Senator Agboola and others who have preached “Don’t trust your deputy” are saying so hoping to isolate him before going for the kill. This is the very same tactics that lions use when hunting.

Why are these people, led by the Chairman of the Governor’s advisory committee, against a cordial relationship between the governor and his deputy ? Their plans to tarnish the image of Raufu Olaniyan is only enhancing his popularity. The earlier the governor puts Agboola in his rightful place, the better for his administration.

Agboola did not deliver Oke Ogun in the last election nor did the charlatans who recently joined him to sow discord between the governor and his loyal deputy. The people of Oke Ogun and Oyo state in general voted Makinde and Olaniyan because of what they hoped their working together would birth.

Recently, the enemies of the Makinde administration were at it once more with the latest sponsored online publication wherein they alleged that, in a purported impeachment saga, the Deputy Governor outsmarted the governor. This is clearly reverse psychology aimed at stoking the ego of the governor into going to war with his Deputy.

This administration, in the coming days, will be marking its first year anniversary. What are the tangible achievements governor Makinde will highlight ? I urge him to note that whatever he has achieved would have been more if he leaned to the experience of his deputy.

Your Excellency Governor Seyi Makinde, please stop listening to Hosea Agboola. The only “good” his advice will do you is to dim the light of your electoral value.

Lastly, one sincerely hopes that the Governor was not the one who recommended Hosea Agboola to the PDP for his latest assignment in Ekiti. If he did, it would be unfortunate. Hosea Agboola aka “Hallelujah” would definitely bungle the assignment. It is not for nothing that he is called “Igi Woroko to da ina ru” .