Governor Abiola Ajimobi of Oyo State on Thursday presented a total budget of N207.671 billion for the 2017 fiscal year to the State House of Assembly, which represents an increase of 19.13 per cent compared to the 2016 budget.

Governor Ajimobi stated that Personnel Cost, made up of Salaries, Allowances and Promotion Arrears stands at N56.04 Billion or 26.99 per cent while overhead cost accounts for N20.04Billion which is 9.75%, adding that N50.79bn or 24.45 is meant for the Consolidate Revenue Fund Charges to sum up the total Recurrent Expenditure of N126.87 billion.

Governor Ajimobi said that the budget has been designed to be Internal Generated Revenue (IGR) driven, emphasizing that N107.23bn or 51.64 per cent of the proposed N207.671 billion Budget is to be funded from IGR, N66.49bn or 32.01% from Federation Account while N33.97bn or 16.35 per cent is expected from capital receipts, which is restructuring and reallocation of funds to priority areas.

The governor stressed that the state’s restructured Board of Internal Revenue was poised for enhanced performance to ensure a realistic budget tenure adding, “in the face of the challenges in the outgoing year, arising from almost complete reliance on Federal Allocation which has grave consequences, as Federal Statutory Allocation itself is dependent on extraneous factors, this budget has been designed to be Internally Generated Revenue driven. In the Informal sector, the Board is targeting 20% of the population which is presently pegged at 6million individuals with presumptive tax rate of N3000 per annum.”

Governor Ajimobi noted that the government anchored the 2017 budgetary proposals on Infrastructure, Agriculture and its value-chain framework, Education and Health, pledging that other sectors would be given adequate attention in order to ensure that the budget achieves it theme as budget of self-reliance.

He reiterated the conduct of the local government elections in the state in 2017, saying, “I wish to reiterate and remind us, that February 2017 is around the corner when we shall all have the opportunity to elect our leaders at the grassroots  level.  The leaders that are expected to emerge are those that will be able to key into and consolidate our developmental agenda.  I, therefore, solicit your support for the successful conduct of the elections.”

The Governor assured that the government would pursue Projects and Programs that will attract Assistance and Sponsorship from Development Partners, Promote Public-Private-Partnership initiative as a vehicle in the delivery of infrastructure and services, Stimulate Citizens’ interest in Micro, Small and Medium Scale Entrepreneurships as well as Efficient and Effective Utilization of Resources through rigorous monitoring of the implementation and evaluation of the impact of projects and programs on the citizenry.

“It is no gainsaying that the laudable “Agric-Oyo” programme implemented in 2016 has raised the level of food production in the State by 27.5% and GSP by 1.5%.  Consequently, Government will extend “Agric-Oyo” activities to the remaining Local Government Councils that have shown a willingness to collaborate with the state Ministry of Agriculture,” the governor pointed out.

Responding after the governor’s presentation, the state House of Assembly commended the Governor Ajimobi for ensuring that there is a cordial relationship among the arms of government in the state.

In his remarks, the Speaker, Rt. Hon. Micheal Adeyemo said the 8th Assembly has enjoyed great support from the present administration as expected, calling for the urgent need to review the rates and taxes in the state to ensure that the government realizes its vision of funding the budget through IGR.

In his own words, Hon. Oyebamiji Joshua, an Accord Party member, representing Akinyele 1 described the governor as a courageous person, adding “despite not being in the same party with you, I commend the governor for his vision. Only those with vision will have mission. This budget proposal has shown that despite the low revenue, the governor is ready to ensure that Oyo is setting the pace again”

The Minority Leader of the house, Hon. Joshua Olagunju Ojo representing Oriire State constituency commended the governor for providing adequate security for the people, for his infrastructural development insight as well as creation of Local Council Development Areas to bring government closer to the people. 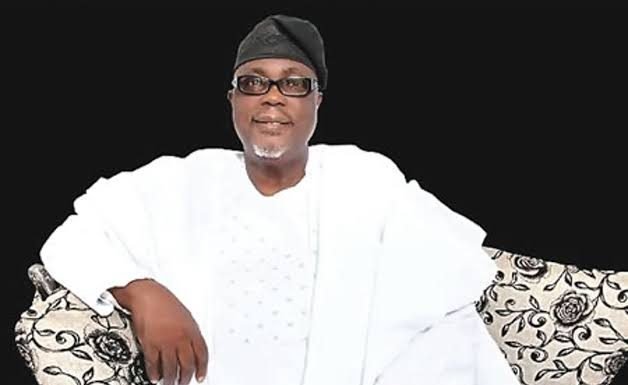 Sanchez to replace Cavani at PSG

Champions League: Napoli Meets Barca, Chelsea To Face Bayern Munich For Round Of 16