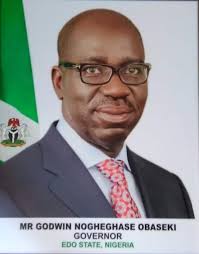 The National Chairman of the All Progressives Congress, APC, Mr. Adams Oshiomole, had directed the screening committee of the party to confirm the authenticity of the first degree certificate presented by Edo State Governor, Mr. Godwin Obaseki

In a statement by the Registrar of the University, Mrs Olubunmi O Faluyi, Mr Obaseki gained admission to the University in 1976 and graduated in 1979 with a Second Class Honours, Lower Division.

Records of his Admission and Graduation are intact in the archives of the University. she concluded.