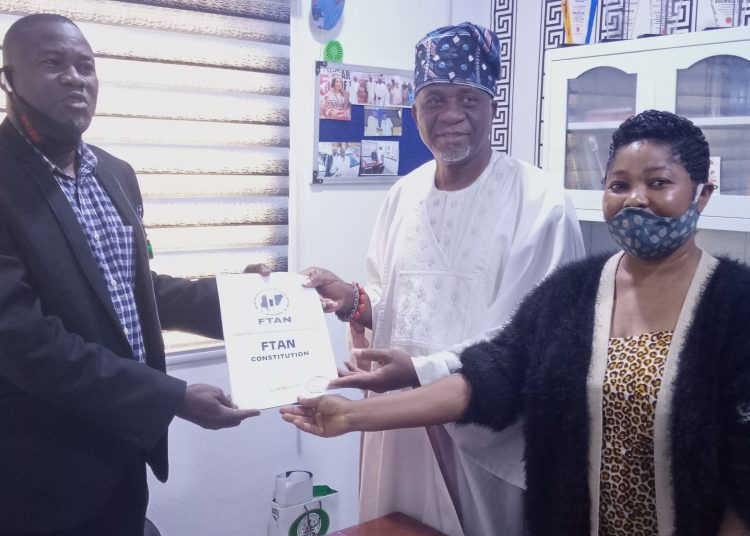 28
SHARES
1.1k
VIEWS
Share on FacebookShare on TwitterShare on WhatsApp

Vice President Southwest Zone of Federation of Tourism Association of NIgeria FTAN, Otunba Ayo Olumoko has said that the association will collaborate with state governments in developing, promoting and sanitizing tourism sectors in the state.

He said this during the Association’s visit to Oyo state commissioner for Information, Culture and Tourism Hon Wasiu Olatubosun and Special adviser to Gov Makinde on Tourism, Hon Akeem Ademola Ige to intimate them on the plan to officially inagurate the oyo state chapter 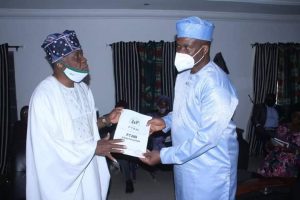 “We are determined to sanitize the tourism industry in Nigeria and and put in place a structured executive body in each State to oversee its activities in line with the mandate of the association and promised a robust relationship with Oyo State government so that activities in the tourism sector would not be hijacked by miscreants.

The tourism and event management guru however call on the state governments to give palliatives and other form of incentives to their members to cushion the effects of COVID-19 which has affected their operations in the last few month of lockdown.

In his remark, Special Adviser to Gov on Tourism Hon Akeem Ademola Ige said the state government has supported the tourism industry in so many ways part of which is harmonization of taxes and reduction in the amount they pay into government coffer as taxes.

Ige said “Gov Makinde is determine to develop the sector and we are ready to work with your association in taking tourism to the next level in the state.

Oyo State Commissioner for Information Culture and Tourism Dr Wasiu Olatubosun in his remark said the present government in the State was committed to partnering with groups, associations, corporate bodies and individuals who are into the development of culture and tourism potentials which are embedded in Oyo State.

He said this was due to the fact that Oyo State is blessed with diverse traditional elements and tourist sites which when utilised and harnessed, would attract investors, provide employment and increase the IGR of the state.

“It is no news that Oyo State possesses more traditional elements that always attract foreign and local interests as well as tourism sites that when, harnessed, will bring enough fund to the State and booster its IGR, countries like Israel, Kenya, Italy and others do not rely on petroleum to survive, they use tourism to drive revenue.

“We are replicating same in Oyo State and it shall be successful with conscious collaboration of corporate interests and organizational support for the government in the areas of revamping, redesigning and facelifting our major traditional programmes and tourist-attractive sites, Ado-Awaye suspended lake is one site that has no equal in Africa, even United Nations should show interest.

“Governor Seyi Makinde has shown great interest in building the tourism industry to become a revenue-generating sector in the State, that is a quality of a leader that sees into the future and sees potentials for solutions where others are lamenting,” he said.

The Commissioner also assured the association of the readiness of the State Ministry of Information, Culture and Tourism to partner with the them in promoting the culture and tourist potentials around the State while also working together to promote the activities of the association through the Ministry’s various media platforms.

FTAN state cordinator, Erelu Funmi Rotiba while thanking the commissioner and Special Adviser to the governor on tourism for their audience said they would be happy if the duo and other stakeholder can physically grace the official inauguration of the association which is scheduled to hold soon.