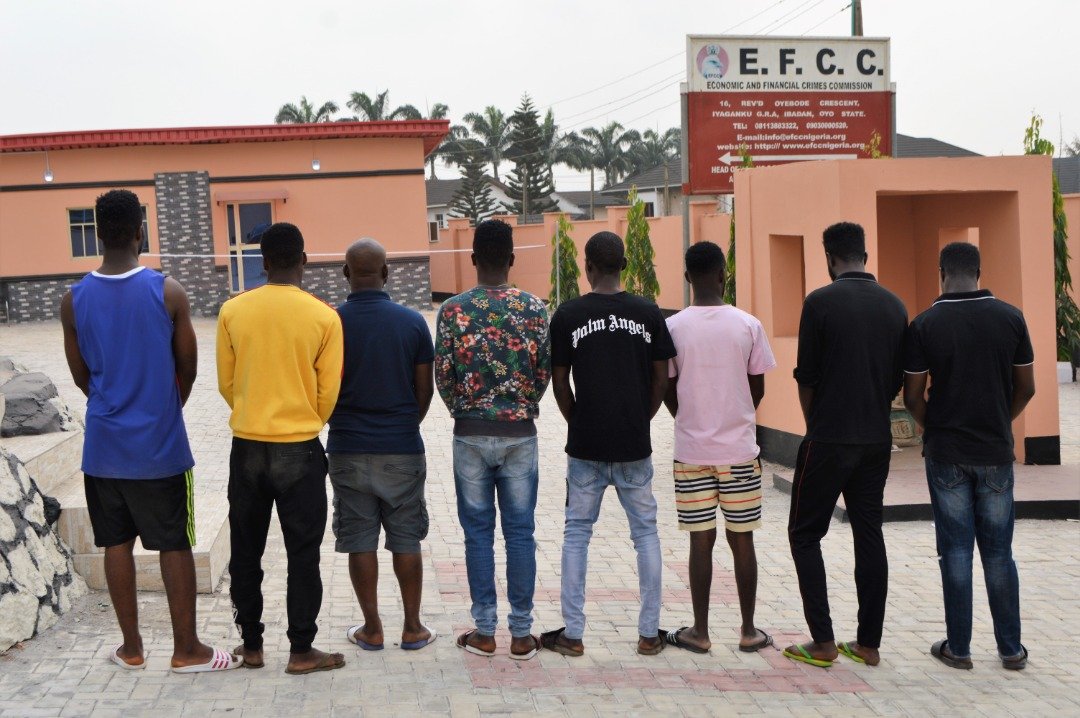 25
SHARES
0
VIEWS
Share on FacebookShare on TwitterShare on WhatsApp

According to EFCC, the suspects, whose ages range between 17 and 30 years, were apprehended at different locations across the ancient city.

Their arrest was sequel to series of intelligence received by the commission concerning their alleged involvement in internet-related crimes.
Items recovered from them include six exotic cars, various brands of phones, laptops, international passports and several documents suspected to contain false pretenses.