For Nigerian Football to Develop,Round Pegs Must Be Put In Round Holes- Mutiu Adepoju 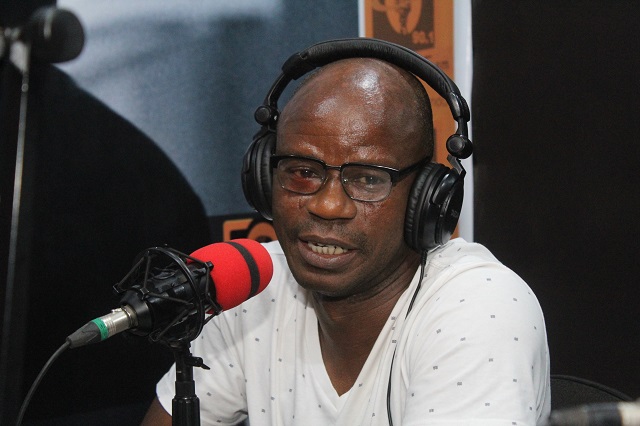 188
SHARES
3.9k
VIEWS
Share on FacebookShare on TwitterShare on WhatsApp

Former Nigeria International, Mutiu Adepoju has said that he regretted not settling the feud between him and late Super Eagles’ colleague and friend, Rashidi Yekini.

Adepoju confirmed that the closeness between him and Rashidi Yekini was like that of brothers, and that he was so close to him to the extent that they visited one another at home.

He confirmed all these while featuring on Parrot Xtra Hour on Radio, anchored by Olayinka Agboola on Space FM 90.1 on Tuesday.

Mutiu Adepoju, the “head master” said he was a close associate of the “Goal King”, Rashidi Yekini but he regretted not settling the dispute the two of them had before the latter’s demise.

“We actually fell apart – along the line, we stopped relating when I realized that he would not pick my calls again. I just decided not to look at his side again. But I actually should have approached him to ask him why he was not picking or returning my calls.”

Adepoju, however, confirmed too that he has had a long-lasting relationship with Dimeji Lawal, another U20 and Super Eagles’ colleague.

“Dimeji and I have always been together. We have a long history. We grew up together at CRIN in Ibadan, the capital city of Oyo State.”

While speaking about his passion for football, he said “everything that you are involved in is about passion. I never imagined doing any other thing than football. God is the only one that can show the way.”

ALSO READ  An encounter with Red Indians, Eskimos of Canada, by Bisi Oladele

According to the Ibadan-born former Super Eagles’ playmaker, “The lesson I learned from the Daman miracle was that one must not give up when faced with challenges.

Having played in the Spanish league for many years, Mutiu Adepoju said that for Nigerian football to develop, all stakeholders must put round pegs in round holes.

“The Nigerian league has many potentials. It can grow. We can even develop it more than the La Liga. We must have the determination. The passion, at this moment, is not there much. It is demoralizing.”

Whenasked to react to the recent death of another Super Eagles’ colleague, Ajibade Babalade, he expressed deep sadness saying “Babalade was a person I knew very well, we played together at Senegal 92. And when I returned to the Shooting Stars Sports Club (3SC) as the General Manager, he was the Camp Commandant, I made him the Team Manager. Ike Shorounmu called me that same Friday night that he died to inform me about the sad development. It was a sad loss.”

While speaking about the Shooting Stars Sports Club (3SC), a team he once managed, Mutiu expressed his satisfaction over the contributions of the present Governor of Oyo State, Engineer Seyi Makinde to the growth of the team.

His words “I must commend His Excellency for being determined to ensure that 3SC returns to winning ways. I can confirm that he has been taking good care of both the players and the management. I believe this will spur the team to more heights.”

Traders Kick Against Installation of Babaloja by Olubadan