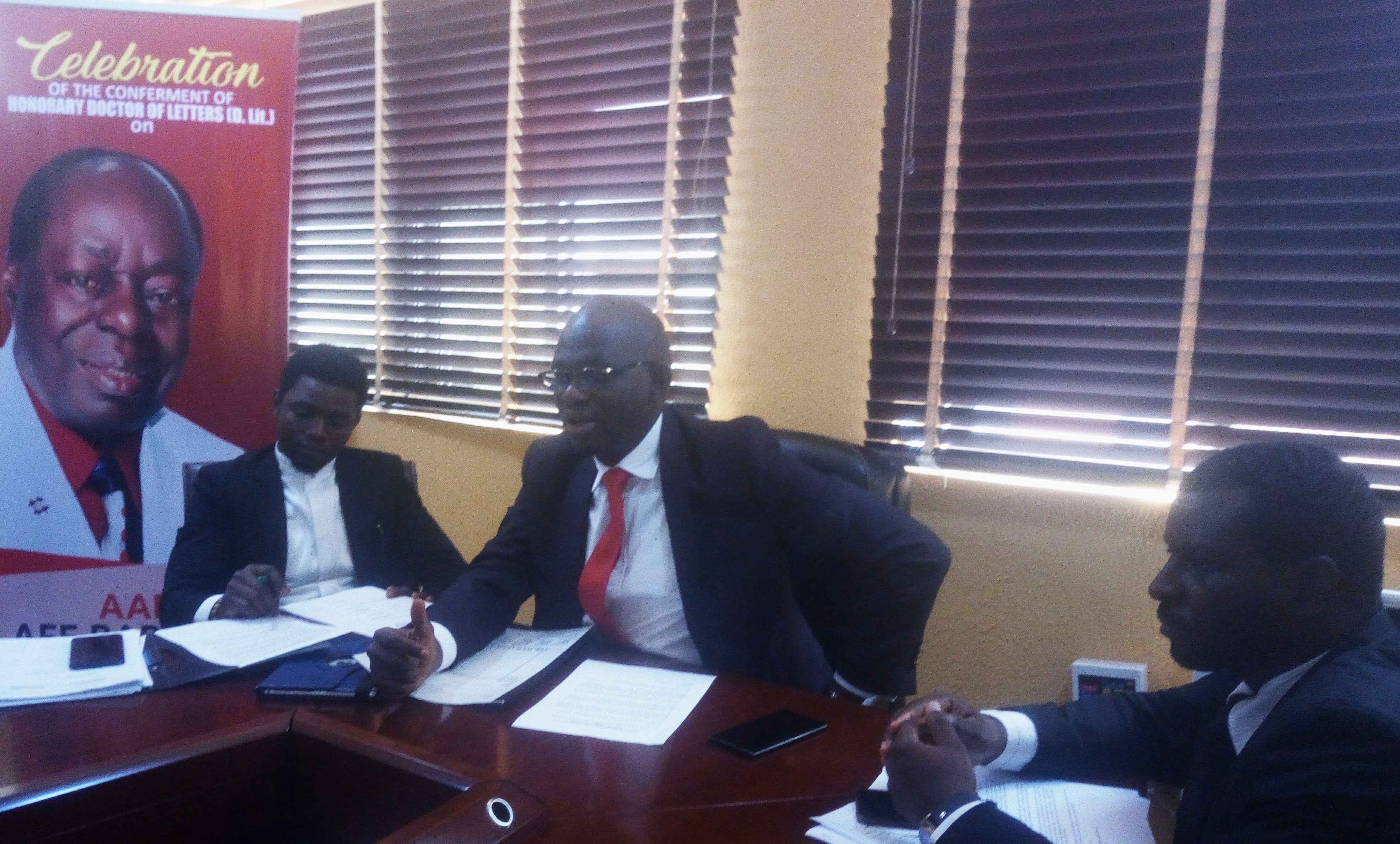 Eight Chambers are to participate in the five aside, forty minutes match which will be played at Olubadan stadium Iyaganku Ibadan between 4th and 11th December

Briefing newsmen on the development,  Mr Oluwasina  Ogunbade,  said the competition which is strictly for layers  is being organized to celebrate  and honour Chief Afebabalola SAN   for his  contributions to legal practice and Nigeria at large.

Lectures have been organized in his honour, many books have been written about him but we have  choose to use football as a mark of honour  for him because of his  love and passion  for the game .” Our founder /Principal  always  finds time to watch good football despite his very  busy working schedule’

Ogunbade said  further that ´This is the first edition and its going to be annual event to be held as part of  the Law week celebration of the Ibadan Bar. This competition  will increase the bonding  and deepen friendship  among lawyers, in the premier bar. A cash  award  of the sum OF N250,000 will be  given to the winning team; N150,000 to the 2nd placed  team and N100.000 to the third placed