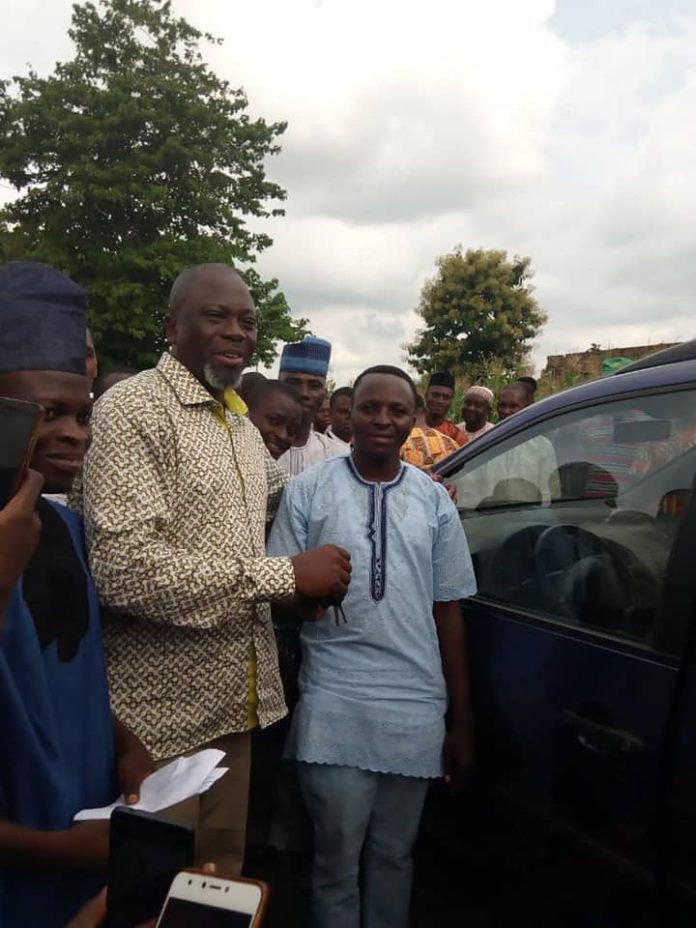 A Federal Lawmaker, Hon Segun Ogunwuyi  lawmaker representing Ogbomoso North/South/Oriire Federal Constituency at the House of Representatives, Abuja at the weekend donate a bus  to the Federation of Ogbomoso Student Union FOSSU and presented  prizes to winners of  quiz competition among public secondary schools in his constituency

The competitions which  started on the 7th of May, 2018 was part of Ogunwuyi Educational Support Scheme and the grand finale was held on Friday at Olagbami Osekun hall, Ogbomoso South Local Governments,

In his speech shortly after the presentation of prizes, Hon. Segun Ogunwuyi maintained  that his intention is to assist and contribute his quota towards the development of educational sector of the state through a programme like this. It is also to encourage students, who are not only leaders of tomorrow but partners in the progress of today.

He stated further by re-emphasizing that he sees quality education as the right of every child especially in the basic level and believes it is an absolute pre-requisite for sustainable development and also feels its availability and provision is not only the responsibility of the government but the society at large. It has been in his principle to make sure that his effort is channeled towards assisting not only students but also their teachers.

Hon. Segun Ogunwuyi used the opportunity to advise the students to give their studies utmost priority in order to become an important person in the future. He also implored them to look for leaders who have true interest of the children and people at heart as role model whenever they want to have one.

The lawmaker reassured the people of his commitment to education and promised more of educating programs.

In addition, the lawmaker made the donation of aluta bus to aid the revolutionary movements of the union members.

“Today’s event is not a mere donation, but also the restoration of hope in leadership and a challenge to future leaders.

“It’s a demonstration of the promise made and a promise fulfilled,’’ he said.

Ogunwuyi said that in building a great nation, the youths must be properly equipped and positioned for leadership and responsibilities.

“This is redemption of my promise to FOGSU national body and in fulfilment of part of my electoral promises.

“Therefore, it will ease your movement and I urge you to be true to your commitments in life,’’ he said.

“I promise to continue to justify the trust and confidence of my constituents in me by providing more responsive, purposeful and productive representation,’’ he concluded.

The President of FOGSU national body, comrade Olusegun Ayanyinka, thanked the lawmaker for the gesture and promised that the students would make good ambassadors of the union.

Olusegun said that the entire students’ community in Ogbomoso both at home and indisapora would always support him. 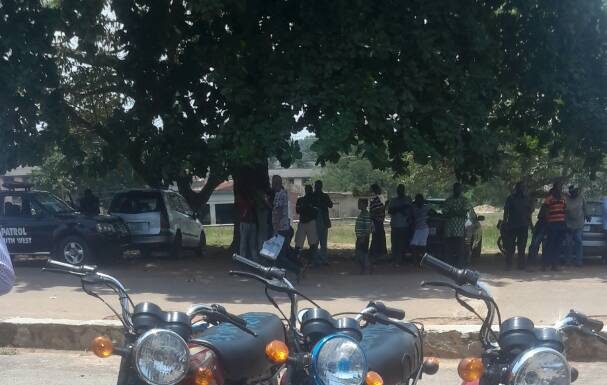 PDP Will Take Over Lagos, Osun,Ekiti Others in 2023 – Gbadamosi

The Key Behind Political Defections in Nigeria is Survival – ...