FCMB , South West  Region recently engages  journalists in Ibadan  on the need to start advocacy and  enlighten the constituted authority and general  public on  the Implications of low growth and rising  risks in Nigeria economy

The media parley which was held at Godlen Tulip Hotel Jericho Ibadan was attended by regional head of the financial institution and scores of  journalists from Ogun,Osun Oyo, Ondo  and Ekiti

In his welcome address, the Group Head (South West) of FCMB, Mr. Diran Olojo, said the media parley  was organized by FCMB as part of its social corporate responsibility for the South West media practitioners for effective business reportage.

Speaking in a theme: “Nigeria in 2019: Low Growth Versus Risking Risks”, an  investment and business consultant, Opeyemi Agbaje,  warned the Federal Government against adding more debts to the current N24.3 trillion foreign debt and urged it to take urgent action to reduce the debt

Agbaje said as an expert, he knew borrowing for developmental projects was never a crime, but that the masses not feeling the effect positively was the concern of economic experts in the country.

The economic guru who was represented by Dr. Vincent Nwani a Director at Lagos Chamber of Commerce,maintained that  Nigeria’s GDP, which is 2.0 per cent at the moment, was too weak for development of the country.

He said Nigeria was feeling the effect of the world currency crashes and the global trade growth which was pending at 0.5 per cent in the first quarter of the year.

He blamed sleepy economic performance of the country on the challenges of insecurity, poor policies of government and poor tax collection.

He said, “In 2015, our external debt was N12. 1tn, but before the end of 2018, it rose to N24.3tn. Although I know it is never a crime to borrow money, but you must know what you are doing with the money you are borrowing. “Today, no concrete project is going on in the country and we keep borrowing money. Today, our GDP is 2.0; which was above 6.0 few years ago. This is very weak for a country like Nigeria.

The investment Guru however urged the  media practitioners  to challenge government on the new policy on loan for importation of food, especially milk 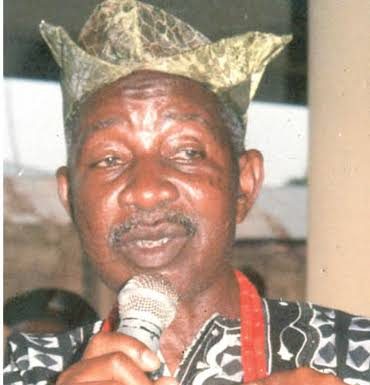 Aresa of Iresaadu Is Dead