Home News Fayemi Pays N100 Million Gratuity to Another 45 Pensioners
Share on Facebook
Tweet on Twitter
Ekiti State Government has reassured continuous payment of the arrears of gratuity to pensioners in the state to enable them live the desired and deserved good live after their meritorious service to the state.
The Executive Secretary of Pension Transitional Administration Department (PTAD), Mr. James Akinola gave the assurance while distributing cheque of gratuity to another set of 45 pensioners in Ado-Ekiti.
Mr. Akinola noted that the increase in the money allocated for gratuity from the initial 10 million naira by the immediate past administration to 100 million by Governor Fayemi-led administration has made it possible to increase the number of pensioners collecting
their gratuity monthly.
The Executive Secretary who explained that the 45 pensioners that collected their cheque of gratuity were among those that retired in the year 2012 called on them to use the gratuity judiciously and pray that they will all enjoy it in good health with peace of mind.
Mr. Akinola also called on the pensioners to continue praying for the Fayemi-led administration to enable the government fulfill its desire to ensure good welfare of retirees and the entire people of Ekiti.
The State Secretary of Pensioners, Mr. Azeez Agbaje commended the workers of PTAD for their dedication to work and charged them to continue to be honest and transparent in their dealings.
ALSO READ  Fayemi Orders Fresh Relaxation of Lockdown, Says Consultation Underway to Re-Open Mosques, Churches 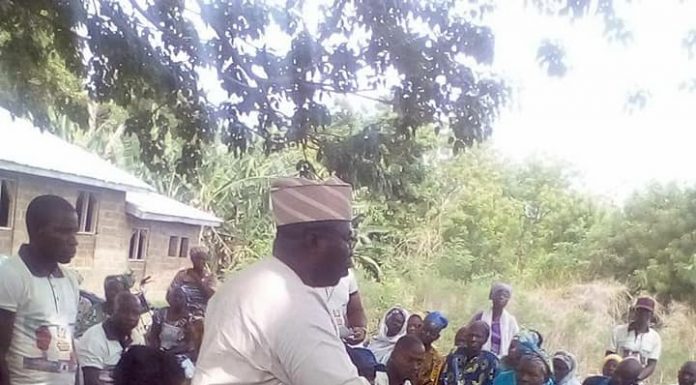