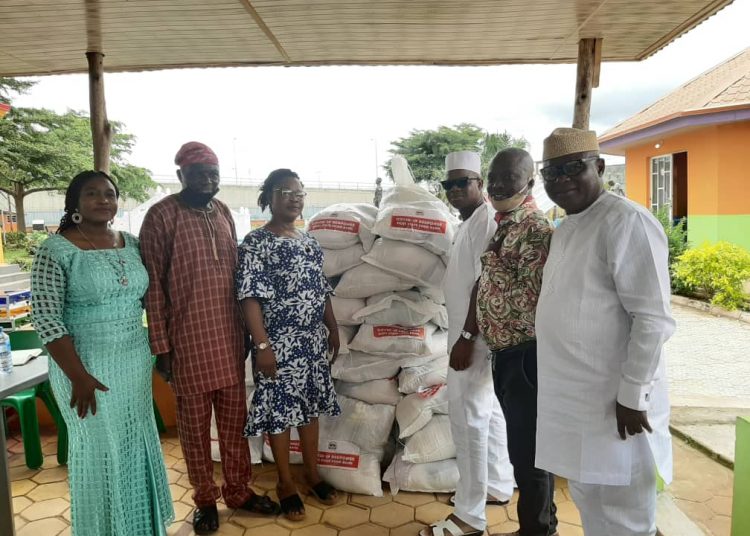 23
SHARES
2.3k
VIEWS
Share on FacebookShare on TwitterShare on WhatsApp

The Ekiti State Government has promised to create a compelling conducive business atmosphere for the blooming of the tourism and hospitality sector in the state .

The Senior Special Assistant to the Governor of Ekiti State on Tourism Development, Mr Wale Ojo – Lanre made this assurance yesterday while engaging members of the Hotelier’s Association of Ekiti State at Fajuyi Park Ado Ekiti
Mr Ojo – Lanre who used the occasion to distribute a consignment of COVID-19 palliative items which included bags of food items and condom dispenser appliance to hoteliers revealed that Dr Kayode Fayemi who he described as a deep proponent of development tourism has put in place bountiful developmental strategy and offerings for tourism, hospitality practitioners and stakeholders in the state.

He disclosed that Governor Fayemi being a cosmopolitan fellow with a vast experience in governance and administration is laying the fundamentals for sustainable germination, growth and blossoming of the tourism sector in the state

Mr Ojo- Lanre said that the palliative being handed over yesterday to the Association was just a tip of the iceberg of palliative and incentives which would be rolling out from the stable of the state government in recognition of the devastating effect of the COVID-19 lockdown on the hospitality industry in Ekiti state.

He disclosed that the Governor of Ekiti State recognised and appreciated the immense contributions, sacrifice and endurance of members of the Association during the COVID -19 lockdown, hence his determination to cushion the effect of this not only by the items donated yesterday but others impactful acts

Ambassador Wale Ojo-Lanre stated that Governor Fayemi’s administration is focused on taking tourism to the next level noting that the hotel and hospitality sub-sector of the industry plays a crucial role in tourism development and should be supported and encouraged.

The act of engagement of this association by Governor Fayemi made a solid impression on the members who nominated three of their members to make responsorial statements
Prince Kayode Oni, President, Highflier Hotel, who is a retired civil servant from the state applauded Governor Fayemi for his proactiveness and determination at growing the tourism sector in the state
He extolled the act of engagement of the Association by Governor Fayemi through his Senior Special Assistant on Tourism Development, Mr Wale Ojo – Lanre
Prince Oni disclosed that it was the first time that the Association was being formally recognised and engaged purposefully by the government in the state

He revealed that every tenure of Dr Fayemi has been a blessing to the tourism and hospitality sector
Prince Oni made reference to some of the tourism enhancements and achievements embarked upon during his first tenure and expressed that he was not so much surprised by the Governor’s sequential impressive tourism accomplishments in recent times.
He said they would be most grateful to the Governor if he could sanitize the multiple taxes being loaded on their members and grading of the roads leading to some of these hotels.

Prof A Akomolafe, promoter of Cultural Centre Hotels, Ikere and an expert in Biofuel said he was glad that the tourism sector is retaining committed attention from the government of Ekiti State which he hoped that this great leap would not be truncated.

Prof Akomolafe lauded Governor Fayemi for instituting private-public participation in Ekiti tourism sector which he said is building a bridge of trust between the government and tourism stakeholders in the state.

He canvassed for a synergy of purpose to be formed between Ekiti tourism stakeholders, security agencies and members of the National Union of Road Transport Workers, NURTW.

Chief Korode, President, Ekiti State Hoteliers’ Association lauded Governor Fayemi for recognising and having a feel of the immeasurable and irreparable impacts of the COVID – 19 lockdowns on his members.

Chief Korode , declared that members of the Association would partner the government in building a virile tourism sector in Ekiti.

Present at the engagement forum were Mr Babatunde Dada, seasoned hospitality consultant and a delegate from Ekiti State AIDS Control Agency, EKSACA, led by Mr Charles Doerthy who enlightened members of the Association on the use and essence of the condom dispenser machines which the agency donated as part of the palliative items. 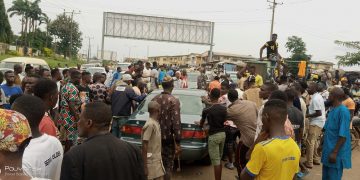 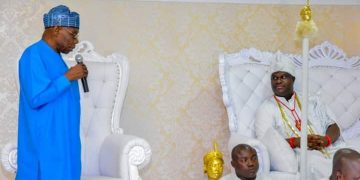 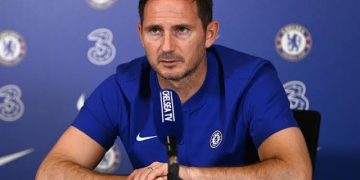 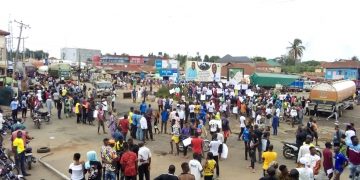 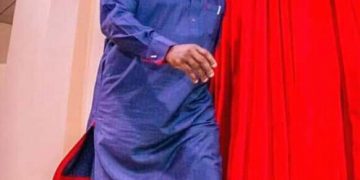