The Kayode Fayemi Campaign Organisation has warned Governor Ayodele Fayose against underhand deals to corral INEC adhoc staff into a rigging plot that will undermine the integrity of the July 14 governorship poll in Ekiti State.

It also warns against alleged impersonation by PDP to use vehicles painted in military and Kayode Fayemi Campaign Organisation colours to commit atrocities during the election.

A statement by the Director of Media and Publicity of the Kayode Fayemi Campaign Organisation, Wole Olujobi, said the campaign team is in possession of incontrovertible evidence that Fayose held a meeting with INEC adhoc staff from the Federal University, Oye-Ekiti, last night in the Government House where the governor sought their understanding in the July 14 governorship poll.

“We are in possession of an incontrovertible evidence that Fayose last night met with INEC adhoc staff recruited from the Federal University, Oye-Ekiti in the Government House, Ado-Ekiti, where he sought their understanding to protect his interest in the July 14 poll.

“In the meeting, Fayose told the university staff that the INEC observers that will be engaged to monitor the election are not from Ekiti State and so they have no business in the protection of Ekiti interest.

“Fayose told the INEC staff to ensure the protection of his interest, saying that his interest represents the collective interest of Ekiti State, though they made no commitment to assist Fayose in his manipulation scheme.

“After the meeting, Fayose gave them money after the adhoc staff offered to sleep in hotels in town, but the governor refused, insisting that could cause a leak of his meeting to the public, and so the governor kept the adhoc staff in the Government House till this morning.

“We hereby serve notice to Governor Fayose that criminal manipulation of this election will not succeed.

“The governor had once kept bad eggs in INEC in the Government House to manipulate records and this was followed by illegal collection of voter cards from workers.

“Now, it is the turn of INEC adhoc staff to help him in the election for the protection of his personal interest that he says represents the collective interest of Ekiti people, and we want to ask how much is the share that Ekiti people received in the N177b loan he secretly borrowed without commensurate benefits to Ekiti people?

“If his interest represents the collective interest of Ekiti people, why is he regularly paying his own salary, takes N300m monthly security vote and another monthly N90m that he calls ‘sundry expenses’ that he awarded to himself while Ekiti workers are owed salaries between six and 10 months in arrears, including his commissioners and Assembly members?

“How much interest of Ekiti people does Fayose have when he forced obnoxious taxes on the people, including nursery pupils, and increased fees in schools, cancelled scholarship and bursary schemes to students, cancelled social security for the elderly people after deceiving them during his campaign to increase their stipends from monthly N5,000 to N10,000?

“How much interest of Ekiti people does Fayose have when he cancelled all the youths empowerment schemes without replacing them with other schemes?

“Is it in the interest of Ekiti people for Fayose to create the impression among Ekiti youths that the best they can have in life are okada business and thuggery while he keeps his own children in Harvard and best of the world’s capitals?” Olujobi said.
He also warned Fayose to desist from alleged use of fake military and Fayemi vehicles to perpetrate illegal acts to implicate them.

The campaign spokesman asked the INEC temporary staff to work according to their conscience and in compliance with the law, and should not be swayed by pressure from the governor who is in government to promote his personal interest while over two millions of Ekiti people suffer. 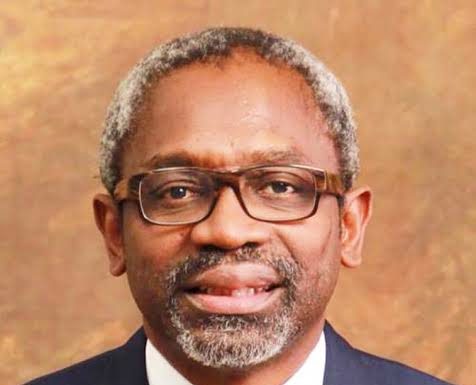 9th Assembly Leadership: We Can Trust In Gbajabiamila/Wase . By Olubunmi Tunji-Ojo