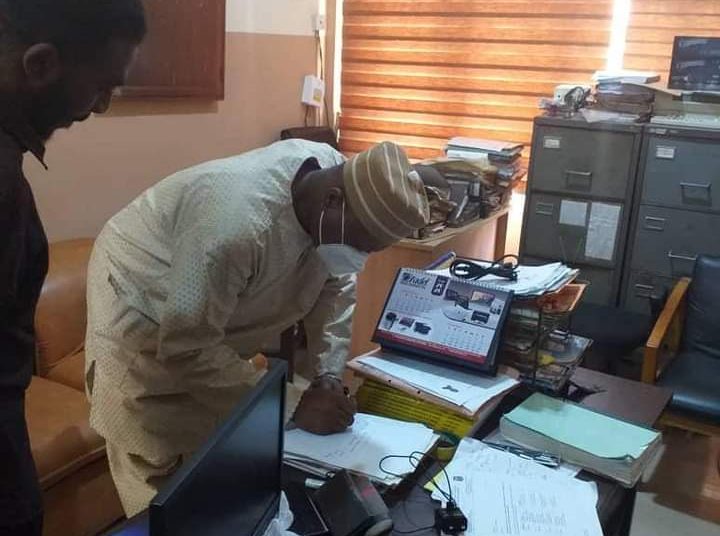 72
SHARES
4.5k
VIEWS
Share on FacebookShare on TwitterShare on WhatsApp

Following the completion of his five year tenure as the University of Ibadan Vice Chancellor, Professor Idowu Olayinka has this morning resumed office as a lecturer in the Geology department of the institution.

Professor Olayinka whose 5 year single tenure ended yesterday, 30th November was sighted this morning at the department before he later posted on his official Facebook handle with a picture and a caption which reads “Reporting for duty this morning at the Department of Geology”

His exit as the Vice Chancellor  was greeted with mixed feelings, while some staff celebrated him as an achiever and a man of impact while  some members of   non-academic staff unions under the aegis of Senior Staff Association of Universities (SSANU) and Non-Academic Staff Union of Universities (NASU) bid him a symbolic farewell protest of “sweeping his feet out of office”.

Speaking before the symbolic action, SSANU Chairman Mr. Wale Akinremi said the unions embarked on the exercise to thank God for seeing them through the tenure of Prof. Olayinka “under whom the workers suffered untold hardship.”