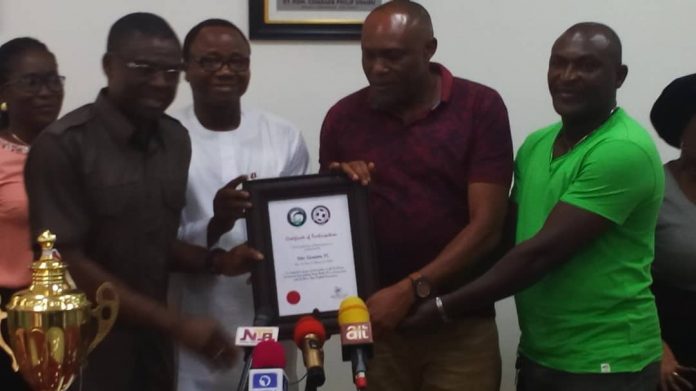 The Deputy Governor who doubles as Bendel Insurance Football Club of Benin player, introduced the former Crown Football Club of Ogbomoso General Manager when the players of Edo Queens FC presented the Naija Ratels Pre-Season Tournament trophy and medals the team won in Makurdi, Benue State to the Governor at the Government House.

” I want to introduce to you your New Technical Manager, Mr Rollanson Odeh who is here to work with us to take the team to the zenith. He is a seasoned personality with vast knowledge of the round leather game. I want you to support him for the team to achieve success in all ramifications. The proper unveiling of your new manager will be done at a later date”, Hon Shuaibu said.

In his response the new Technical Manager appreciated the governor, His Excellency, Godwin Obaseki , Deputy Governor, Hon Phillip Shuaibu, all the state executive members and distinguished personalities for such opportunity to give back to his people.

” I appreciate His Excellency Godwin Obaseki, the deputy governor, all executive members and distinguished personalities for this great honour to serve. I feel honoured to serve in this capacity and by the special grace of God, the team will witness unprecedented development and will be a reference point in Nigeria Women League. Winning this
trophy will open doors to many trophies for the team”, the former Jigawa Golden Stars, Rivers Angels and Assistant Falcons gaffer submitted. 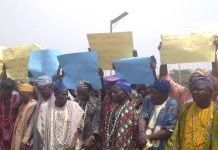 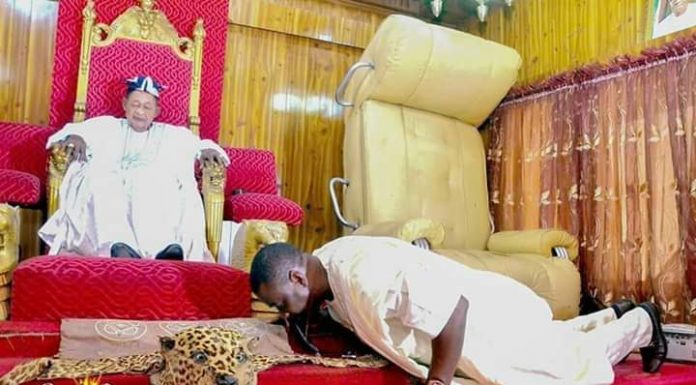