Engr. Mufutau Open Salawu has disclosed that he is set to commence the planting of 10,000 mango trees in the five local government areas in Ogbomosho.

The international businessman stated that his intention is to plant 2,000 trees in each of the five LGAs in the town namely: Ogbomoso North, Ogbomoso South, Oriiire, Surulere, Ogo-Oluwa.

According to him, his aim is to plant these trees in habitat areas where people live for easy maintenance and to purify the air so that people can have good air to breathe in.

He said, “the idea is to encourage people to keep the seed and start nursing them so that at the juvenile age of the tree we will buy it from them and take it over.

“It is a community project so everyone has to participate. We are just trying to encourage it. First and foremost, you nurse the seed, you grow it to that stage before we would take it over from you.

“And, this is the best time to plant because the seeds are available now and the issue of water and sun won’t be a problem at this period in keeping it well.

“The intention is to have 10,000 juvenile trees which we will now transplant or plant in the places where we want them to be.

He stressed further that when he buys the trees back from those who nursed them initially, the trees would be advertised and anyone that is interested in having the tree around their house will have it and be in charge of its maintenance in the next four to five years till they become big enough to give fruit.

He also noted that anyone who nurse the seed and is also interested in keeping the tree can do so and they will also be paid.

He added, “annually we will come to check the progress and the stage of the tree, and, if you require any advice, we will get an expert to give us advice on it and how to optimize the output of the tree.”

Open Salawu also disclosed that within the five years that exist between the period of planting and when he will complete the project, he would have encouraged the establishment of a Mango fruit processing company in the town.

He, however, noted that the ultimate goal of the project is to encourage farmers in Ogbomosho to begin the exportation of mangoes and derive benefits from it. 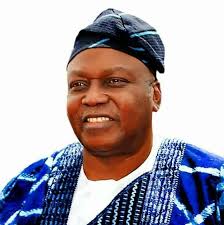 Two UI College of Medicine Staff, Others Test Positive To Covid-19 in Oyo As...