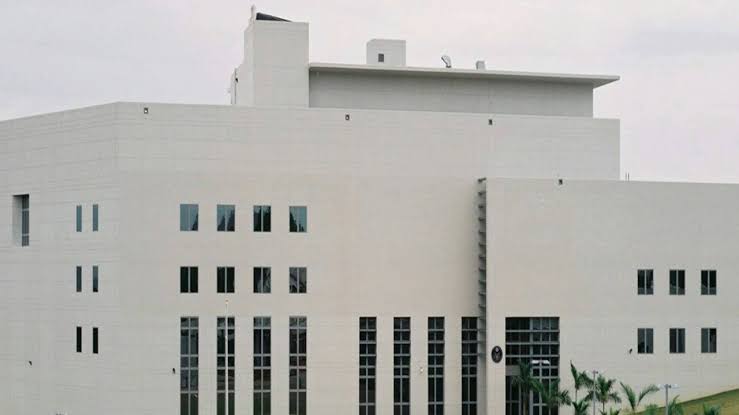 382
SHARES
6.6k
VIEWS
Share on FacebookShare on TwitterShare on WhatsApp

The United State of America Embassy has shut down its operation at the U.S. Consulate located at 2 Walter Carrington Crescent, Victoria Island, Lagos state for 48 hour.

According to the information obtained from their websites “Multiple demonstrations are ongoing across Nigeria – to include areas within the consular districts of Abuja and Lagos.  Although most demonstrations are peaceful, some have become violent and have shut down major thoroughfares and bridges.

“Some police stations have been targeted.  Lagos State closed all schools indefinitely as of October 19 due to protests and implemented a 24-hour curfew starting at 4:00 p.m. on October 20.  Consulate General Lagos is closed for the rest of today and tomorrow.”

“We continue to urge all U.S. citizens to avoid areas around protests and demonstrations and to check local media for updates and traffic advisories.  Continue to be vigilant and avoid areas affected by the protests.”